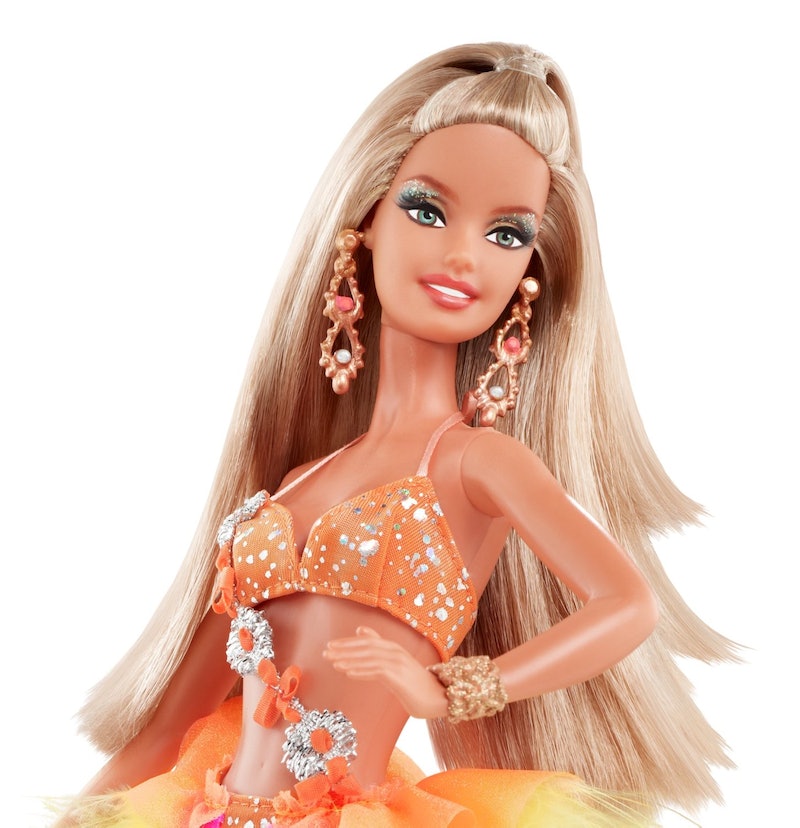 You all heard about the upcoming line of Barbie clothes for grown-ups, right? You haven't? Well, let me enlighten you: A diverse group of brands (Lord and Taylor, WILDFOX Couture, and Forever 21) have signed on to do capsule collections inspired by Barbie's retro stylings. That's right, so we can all be our own Barbie girls in our own Barbie worlds.

Now, there's no denying that Miss Barbie had some great fashion back in the day: She had something of a heyday in the year surrounding her creation in the '50s, and her style continued to evolve with the times, taking inspiration from everything from Roman Holiday to Clueless — my personal favorites include Fan Bingbing Barbie (not retro, but just as fab — she's wearing Christopher Bu, after all) and Betty Draper Barbie.

But there's also a dark side to this coin. I mean, think about it — the '80s and '90s were especially unkind to fashion, thus bringing us numerous acid-washed denim vest-sporting Barbies, suede fringed jacket-wearing Barbies, and crimped (no, seriously crimped) hair Barbies.

So, with those lovely images in mind, I set out to create a list of some of Barbie's biggest fashion crimes over the years. It is by no means all-inclusive (think of the millions of Barbies the world has seen since her birth in 1959), but I feel confident that it will make you shudder in horror at least once. So please, Lord and Taylor, WILDFOX Couture, and Forever 21, don't even dream about bringing these Barbies into our real world.

I can't pretend to know what's going on here (is that a furry crop top vest over a knit, canary yellow bolero jacket?), but it is terrible.

The combination of early '90s funk and cowgirl flair is almost too much to handle.

Come on, we all don't need an eye-searing red polyester jumpsuit (and don't forget the gold and silver braided belt) with a side of appropriation to boot.

The crown jewel of my Barbie collection, way back in the day.

You know what? On second thought, I'm redacting this one from the list: They can keep their gold lamé/rainbow-sequined mermaid suit, but I want some Velcro hair stickers, stat.

My other old fave! And probably the reason I've had an unexplained desire to dye my hair strange colors, now that I'm thinking about it.

Dancing With the Stars Samba Barbie

It's bad enough that this ensemble existed once on screen, and again on Ms. Barbie: If it made it to retail shelves, it might as well be the fourth horseman of the apocalypse.

A pink-tiered, glow-in-the-dark prom dress that would put Molly Ringwald's disaster of a dress to shame. (Searching for this took me to a very scary place on Google Images, by the way.)

Because the world simply does not need another pair of yoga pants.

I was going to make an Iggy Azalea joke here, but decided that would be too messed up.

It's like all of the bridesmaids dresses from the '80s exploded! By the same token, I can say with good authority that 4-year-old me would have given her left arm for this dress.