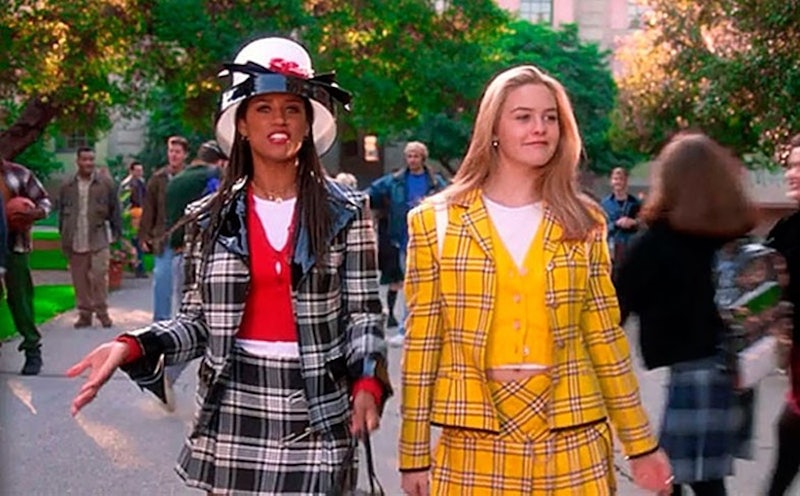 As much as many of us might love the '90s, some cultural relics of the decade just don't seem to hang on as well as others. Take, for example, many of the '90s slang phrases we used to say all the time — tons of it is definitely no longer in vogue. Perhaps that's for a good reason, though; sure, you technically can say whatever you want, but people will look at you funny if you bring back catchphrases that haven't been heard in over a decade. Still, though: It's not stopping many of us (me, for example) for wishing desperately we could still break out some of these classics.

What I think is particularly interesting about looking at trends in slang and word choice over the decades is that it so often is a reflection of the bigger picture of what was happening at the time. For example, in the '90s, a lot of our (now particularly outdated) language pertained to technology and communication, like telling someone to "beep you" or asking your BFF how to start a "three-way call" as a prank. Sure, we can still leave a message for someone, and still have a phone call with more than one other person on the line — but thanks to how much technology has developed since then, these phrases we used to use all the time are basically relics of the past.

In the mood to take a little trip down memory lane? These 10 examples of outdated '90s slang are sure to ring a bell... but don't blame me if you find yourself calling something cool "da bomb."