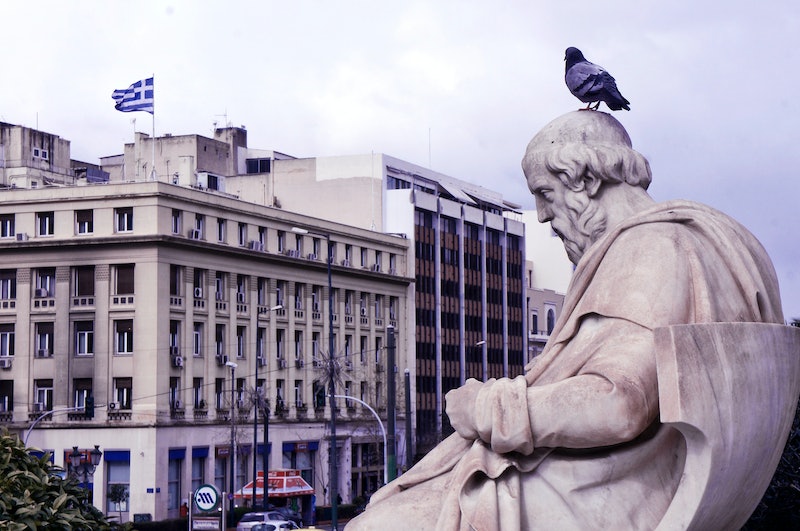 April, darling April. Month of mud and rain, of melting snow and extremely cold wind and a complete uncertainty regarding what the heck you're supposed to wear when the temperature fluctuates by, like, 40 degrees every afternoon. Oh, and taxes. As everyone's favorite non-denominational holiday looms, here are 10 quotes to share on Tax Day 2017. We'll get through this together. I promise.

Considering we're a country whose independence from Colonial rule arose from outrage at "taxation without representation," it's no wonder that the practice of taxing citizens has remained a highly divisive issue. Income tax was temporarily instated in at the end of the 19th century, to counter the cost of the Civil War; it permanently returned in 1913. In recent generations, it's essentially been party line that Republicans think taxes should be cut (in keeping with their belief of less federal government involvement), while Democrats feel they're inherent to the success of our political system. Democrats also feel those with higher incomes should pay more in taxes, because they can afford to; Republicans do not.

Taxes pay for Medicare and Medicaid; they pay for Social Security; they pay for family and job security programs. They pay, in part, for the Corporation for Public Broadcasting, which is the umbrella organization for PBS and NPR (although that's currently on the chopping block, ha ha, help). They also pay, in large part, for National Defense. Which, frankly, makes the current political situation even more infuriating.

However we may feel about it, though, Tax Day is nigh, so here — have a few quotes to share about it. After all, it's one of the few things that are certain in life, right?

More like this
5 Crystals To Manifest More Money
By Megan McCarty
10 Times Boris Johnson Got It Wrong On Trans Rights
By El Hunt and Sam Ramsden
How To Protect Your Digital Privacy If You Need An Abortion Post Roe v. Wade
By Kaitlyn Wylde
25 Manifestation Quotes From Lady Gaga, Oprah, & More
By Megan McCarty
Get Even More From Bustle — Sign Up For The Newsletter