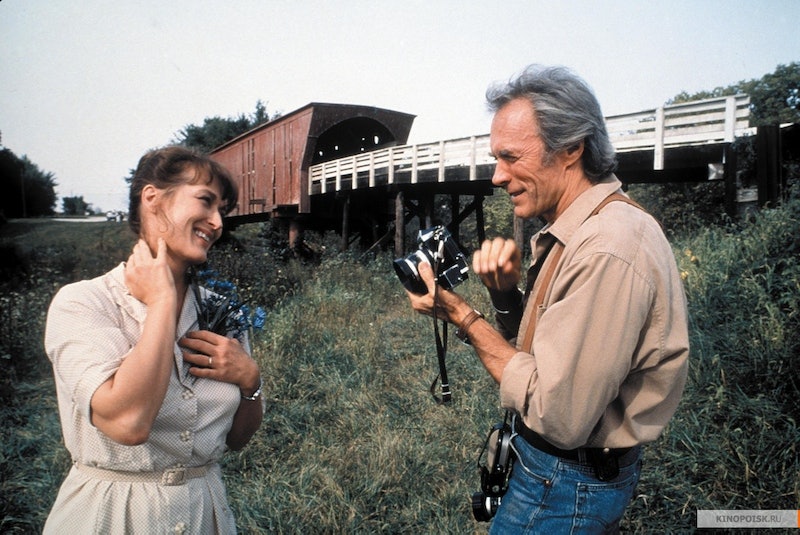 On Friday, after a 25-year-long career as a beloved romance novelist, The Bridges of Madison County author Robert James Waller died in his home at the age of 77. In honor of his memory, I've got 10 Robert James Waller quotes about life and love for you below.

In 1992, Waller published his overnight success of a novel, which he wrote in just 11 days. The Bridges of Madison County tells the story of a four-day-long love affair between an Iowa farmer's Italian wife and a visiting National Geographic photographer. Despite critics who lauded its sentimentality, Bridges spent more than a year on The New York Times Best Seller List, and Oprah Winfrey labelled it her "favorite book of the year."

Waller followed his first novel with several other infidelity-themed romances, including Slow Waltz in Cedar Bend and High Plains Tango. Ten years after he published The Bridges of Madison County, Waller returned to Robert and Francesca's love story with A Thousand Country Roads in 2002. His final book, a work of nonfiction titled The Summer Nights Never End ... Until They Do, was published in 2012.

Following the success of his first works of fiction, Waller stopped giving interviews in 1995, with few exceptions. As Bridges remains his most famous and well-loved book, you'll find that most of the Robert James Waller quotes below come from his debut novel. As always, please feel free to share your favorites with me on Twitter.

More like this
10 Must-Read New Books Out This Week
By K.W. Colyard
The Most Anticipated Books Of August 2022
By K.W. Colyard
The Biggest Differences Between 'Bullet Train' & The Book It’s Based On
By Arya Roshanian
I've Read The Harry Potter Books 30+ Times & This Plot Hole Haunts Me
By Kelsey Stiegman
Get Even More From Bustle — Sign Up For The Newsletter