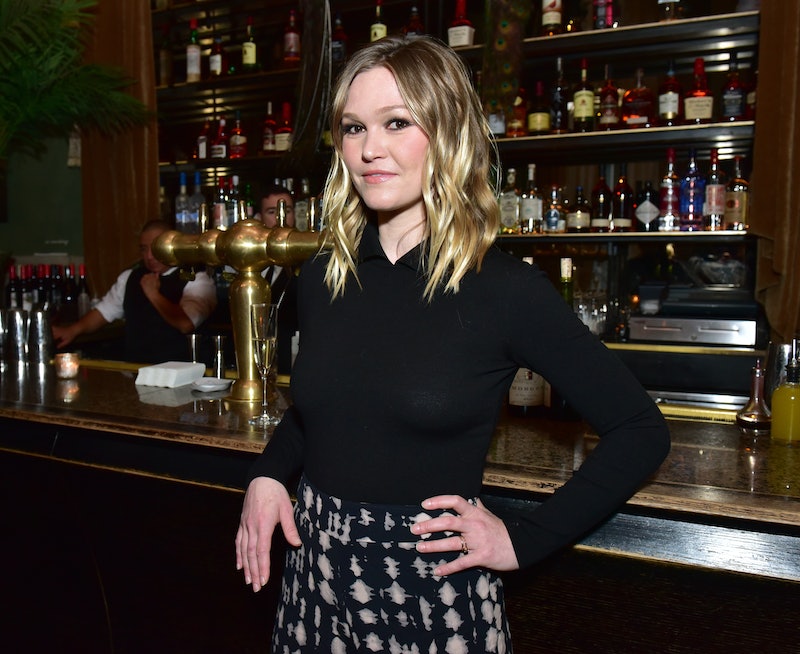 Cynical, book-obsessed teenage girls everywhere fell in love with Kat Stratford when 10 Things I Hate About You was released in 1999 — and they weren't the only ones who were thrilled to see a different take on the typical romantic comedy heroine. In a recent interview with Entertainment Weekly, 10 Things I Hate About You star Julia Stiles revealed she was "desperate" to land the lead role, as she was thrilled to see a character like her on the big screen.

"I was desperate for the part. It was so refreshing to see a teenage girl who was so feisty," Stiles told the outlet about auditioning for Kat in 10 Things I Hate About You, the now-iconic reimagining of Shakespeare's The Taming of the Shrew. "I thought that the writers had a healthy dose of cynicism with their humor that you don’t always find with teen romantic comedies."

And as a 17-year-old attempting to break into the industry at the time, the chance to play a character who wasn't the stereotypical girl next door was doubly attractive to Stiles. "I was an auditioning actor and mostly I would go out for commercials and they would tell me that I wasn’t bubbly enough," she explained. "They always thought I was angry so to read a part like Kat I was like, 'Ah, this is perfect for me!'"

Of course, Stiles also appreciated the genuine romance at the center of 10 Things I Hate About You, telling EW that she's a "romantic at heart." She explained, "For starters, the key to a good romantic comedy is that the people making it know that they’re making a romantic comedy."

"The makers of it have to have a sense of humor and not take themselves too seriously but also not be dumb about it and not pander to the audience," Stiles continued. "I’m a romantic at heart and I love to see two people get together at the end of a movie despite their circumstances. But you never want to be in a romantic comedy that thinks it’s a drama and the audience thinks it’s a comedy."

With the iconic romantic comedy set to celebrate its 20th anniversary in 2019, Stiles and the rest of the cast have expressed their openness to a possible reunion in the near future. In 2017, Gabrielle Union shared a photo of the cast — including Stiles, Joseph Gordon-Levitt, Larisa Oleynik, and the late Heath Ledger — on the film's Washington set. "Just a bunch of kids having the time of our lives up in Tacoma/Seattle," Union captioned the adorable throwback post.

Back in 2014, Stiles reminisced about filming 10 Things I Hate About You and how much fun the young cast had on set. In an interview with US Weekly, she said that the main thing she remembered about shooting was "just how well the cast got along." She continued, "It was such a fun summer and such a pure experience of working on a movie where we were all — this was our first big break. We were really open and invested and it was really fun being in Seattle."

Stiles also gushed about the experience of working with Ledger, who played the charming bad boy Patrick Verona in his breakthrough role. "[It was] amazing, amazing, he was so nice," Stiles told Us Weekly. "He was such a force; he was … even at that age a very very powerful, lovely human being."

A year later, the actor told Cosmopolitan UK that though she doesn't usually watch the movie when it airs on TV, Stiles is happy that 10 Things I Hate About You has remained a classic all these years later. "I'm so grateful to have been in that movie," she explained. "They're still talking about it so many years later, that's really lucky and I'm fortunate to be a part of it."

Twenty years after the very first time Kat read that poem to Patrick in English class, "feisty" girls everywhere are still glad that Stiles fought for the role, and helped bring a totally different rom-com heroine to the screen.