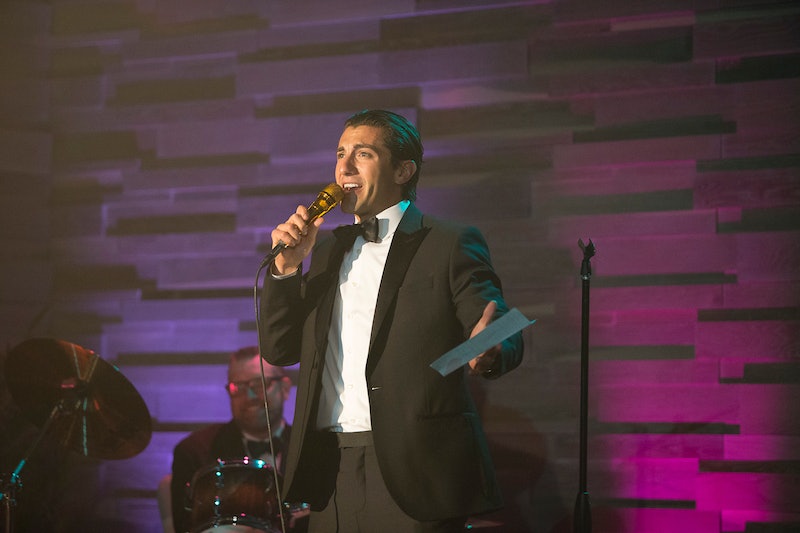 This season of The Bachelorette just hit its midway point, and Becca continues to slowly narrow down her pool of eligible bachelors. The latest episode was filled with drama, with both David and Jordan getting sent home after an explosive two-on-one date. John was also sent home, and although Chris was seriously rude to both Becca and Wills, he somehow made it through to next week. And while beefcake Colton seemed to dominate Week 5, Jason has also been quietly making his presence known. The senior corporate banker has kept a relatively low profile, but fans can still look to his social media to find out more about the Buffalo native. So here's what Bachelorette contestant Jason's Instagram says about him.

It was clear after the most recent episode that Jason is not a great singer (though honestly, none of the contestants were), but he still gave it his all for his reworked version of Wayne Newton's classic song "Danke Schoen." And in the preview of what's to come on this season of The Bachelorette, audiences get to see Jason pour his heart out to Becca. "I'm so insanely, wildly, in love with you," he tells her. So what does this soft-hearted, finance bro's Instagram reveal about him? While he doesn't have a huge social media presence, his few posts still show a lot about his personality.