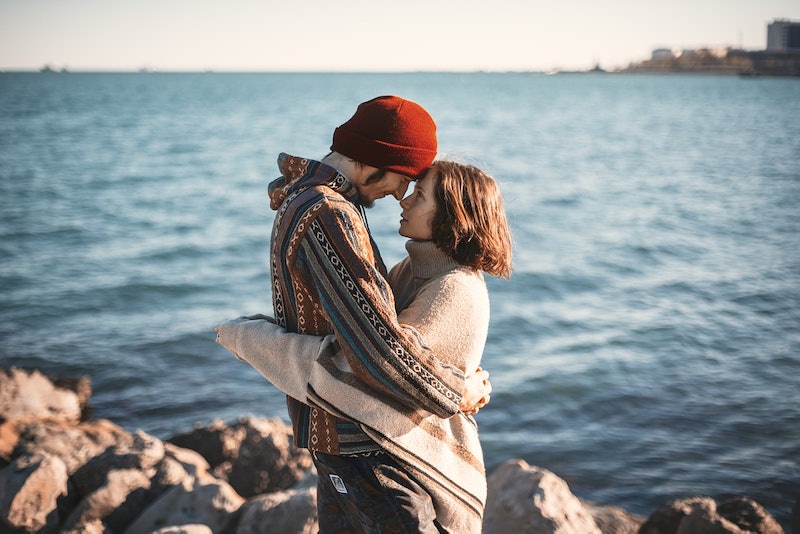 There are so many ways that people can sabotage their relationships, letting external factors get in the way of seeing if there's real potential down the road. Unfortunately, it happens a lot. That's why knowing some tips for not ruining your relationship can be helpful in allowing it to last longer and see whether or not it can thrive. By growing up and "adulting" as an informed, independent woman, you'll be better able to handle your next relationship with patience and care, and you'll be more likely to spot the signs of self-sabotage that you've been used to doing for some time now.

As a certified health coach, I work with clients on feeling happy and confident in their relationships, but I often find that sometimes even when things are going really well, there's that tendency to halt positive vibes and start sabotaging. Maybe it's out of fear or an overwhelm of emotions; whatever the cause, it can stop people from taking the time to explore a relationship and get to a deeper level. It's worth realizing that when you sabotage, you also never really know if it could have worked out, and that uneasiness can certainly stay with you, where unresolved feelings might linger. Here are 10 tips for not calling it quits too soon.

1. Expecting Them To Read Your Mind

Important anniversary, or a special occasion, and your partner doesn't come through? Doesn't compliment you enough? Doesn't invite you to a work event? Not calling enough? Don't expect that he or she knows it, says dating expert and matchmaker in Chicago, Stef Safran, over email with Bustle. For many people, they really don't realize that they've hurt your feelings if you don't spell out what you want, Safran explains.

2. Expecting Them To Pay For Everything

You're a grown ass woman now. You make money. You can support yourself, so offer up the moolah sometimes. Some people have student debt, parental responsibilities, and other expenses that you might not have to deal with, says Safran. What's more, whether he or she makes a good living shouldn't matter, either. "Dating is not just for marriage anymore so if you want to do things as a couple expect that you will have to participate financially," says Safran.

Sure, you might love your friends and know that they're supportive in many ways, but when it comes to relationships, there might be some natural jealousy. "Too many 'friends' love to harp on a perfectly good relationship. Don't assume always that every friends has your back," says Safran.

This doesn't need to be over-the-top affection, but giving compliments every so often shouldn't stop just because you're in a more committed, comfortable relationship. "It’s something that often fades over time (particularly once you move in together) and before you know it, you are pointing out their faults more often than you are complimenting them," says relationship expert Michelle Archard, over email with Bustle.

No one likes these two words. "Don’t have 'the talk' with your partner. If you don’t like where the relationship is, having 'the talk' isn’t going to make things better. It’s just a chance for you to vent — and it’s going to make your partner feel pressured, uncomfortable and unhappy about the relationship," says relationship and etiquette expert April Masini over email with Bustle. Instead, figure out what isn't working and try to naturally fix things.

6. Thinking Sex Means Exclusivity Without Talking About It

"If you date someone who sleeps with you on the first or second date, it’s because you were willing and they were ready. This doesn’t mean you have a commitment. Too many women think that when they sleep with a date, they’ve sealed the deal," says Masini. Instead, "when you start to date someone new, understand that they’re probably playing the field and that it takes about three months to decide if you want to continue dating someone and six months to decide if you truly want to be monogamous. When you rush a commitment, you’re shortchanging yourself and the relationship," Masini explains.

7. Not Being Open About Sexuality

"Sexual flexibility and compatibility with your partner," is super important for a relationship, so if you're too closed up, you won't be as likely to really connect on a deeper level, explains relationship expert and founder of Simpatic.us. Derek Newton, over email with Bustle. "Keeping an open mind about things your partner may want to do or try, and being honest about what things you really do and don't want to do," is key, Newton explains.

Stop being clingy. "No one wants to date a clinger. It's not sexy at all. What's sexy is someone who has their own busy, fulfilling life. Stop texting and calling all the time and get busy," says Suzanne Casamento Founder, Fantasy Dating over email with Bustle. "You'll be amazed at how the person you're dating will want to be a part of all the awesome things you're doing," Casamento adds.

9. Snooping In Your Partner's Business

How you would feel if someone snooped through your cell or your bedroom? You'd be pissed, right? "Being that suspicious chick is not cute - especially when someone is not up to something. (That says a lot more about you than it does about them.)," explains Casamento. "If you're always suspicious that someone is cheating on you or if you constantly worry that they don't love you enough, that's directly tied to your lack of confidence," Casamento explains.

10. Saying You're Fine When You're Not

"Stop saying, 'I'm fine,' when you're not. Put your big girl panties on and have the guts to tell the person you're dating how you're actually feeling," says Casamento. What does that mean exactly? That means calmly explaining why you're upset and what you'd like to happen differently, moving forward, Casamento suggests.

If you are doing any of these things in your relationship, stop now. You're a grown-ass woman, so start acting like one.