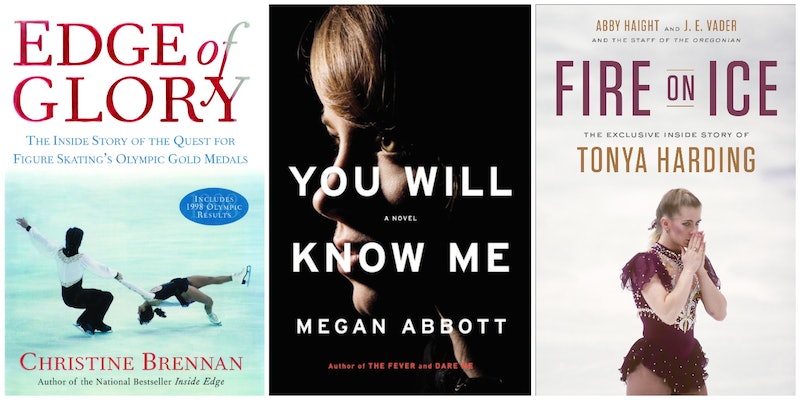 The story of Tonya Harding and Nancy Kerrigan is the stuff of legend. But it wasn't until the 2017 release of the widely celebrated film I, Tonya that interest in their violent ice skating rivalry was renewed. For those unaware, Kerrigan was attacked with a police baton in January 1994 by an assailant hired by the ex-husband of her rival Tonya Harding. Though Kerrigan recovered in time to eventually win a silver medal at the 1994 Winter Olympics, and Harding was found guilty of nothing more than hindering an investigation in a court of law, the two women will be forever linked in the lexicon of sports rivalries and celebrity controversies.

And questions of whether Harding deserves sympathy for her role in Kerrigan's attack have only continued the conversation that stunned the sports world in the '90s. With that resurgence of interest in this decades old drama comes the desire for more information wherever we can get it including, of course, through books. The picks below all delve in to the competitive world of ice skating in one way or another, whether they delve into the true story behind I, Tonya, investigative reporting, or just fiction featuring characters who are immersed in the world. If you've found yourself desperate to don some sparkles and strap on some skates, this is the TBR for you.