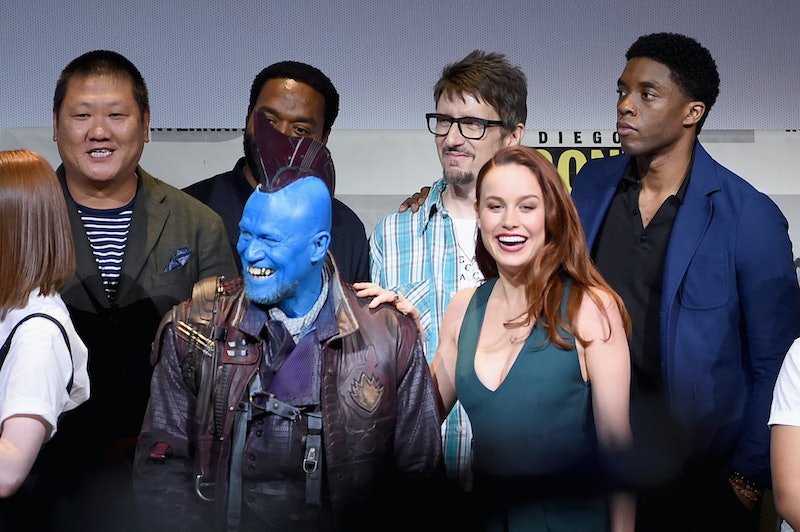 Spoilers for Avengers: Infinity War ahead. In March 2019, the Captain Marvel movie will change the MCU as you know it. If you thought that Infinity War did that, think again, because despite the shocking deaths at the end of the third Avengers film, it doesn't necessarily create new opportunities for the future of the MCU. In fact, it almost killed everyone off so right now, there is no future of the MCU. Clues from the Marvel comics suggest that Captain Marvel will probably save everything, though. Not only will the superhero (played by Brie Larson) likely help bring a few key Avengers back to life, she will probably create a whole lot of opportunities for new and exciting characters to join the MCU. Leave it up to a woman to fix everything.

Even if you're strictly a Marvel movie watcher and never a comic reader, you might want to take some time to catch up on Captain Marvel's, aka Carol Danvers', back story, because she has a great one. Sure, getting bitten by a spider is cool, as is accidentally getting injected with a Super-Serum of which the FDA would never approve, but Danvers might have the greatest superhero transformation story of all. She started off as a pilot in the Air Force and eventually got caught up in a battle involving a Kree alien that melded her genes with the alien's. That one gene-fusing blast might have the power to change everything about the MCU as you know it, and here's the greatest proof from the comics that Captain Marvel will be a must-see.