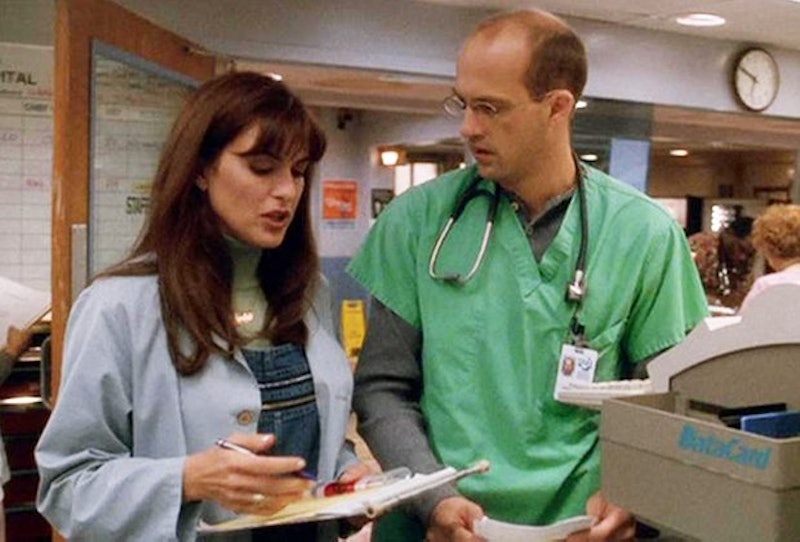 It's hard out there for an E.R. character. The medical drama's 15-season run included a total of 331 episodes, all full to the brim with great characters. But, while even non-E.R. fans will recognize Dr. Doug Ross (George Clooney) or Dr. John Carter (Noah Wyle), there are plenty of tragically underrated E.R. characters just waiting for their moment in the spotlight. It's true, not everyone can be Clooney, by far the most successful and recognizable E.R. alumnus, but that doesn't mean that other actors and their characters should get overlooked. These 11 most underrated E.R. characters deserve your love, too.

The people on this list aren't here because fans don't remember them, or that they never got their moment to shine, it's just that they never quite got to the level of fame as, say, a Dr. Greene (Anthony Edwards) or a Dr. Romano (Paul McCrane). But, hey, not ever character can get their arm chopped off by a helicopter propeller, only to die years later when a helicopter actively falls from the sky and crushes them. Memorable deaths are often the way some E.R. characters are remembered, but others have to rely on their charm. Granted, in over 300 episodes, there have been plenty of underrated characters on E.R., and it would be impossible to list them all. These 11 are simply the best of the best.

More like this
'SAS Rogue Heroes' Season 2 Is Set To Be An Explosive Watch
By Sophie McEvoy
These 'Law & Order: SVU' Throwback Pics Show 23 Years Of Shipping History
By Grace Wehniainen
Kim Cattrall Had A 'Sex And The City' Reunion With Creator Darren Star
By Grace Wehniainen
17 Photos Of The 'Wednesday' Cast Vs. The 1991 'Addams Family' Cast
By Grace Wehniainen
Get Even More From Bustle — Sign Up For The Newsletter