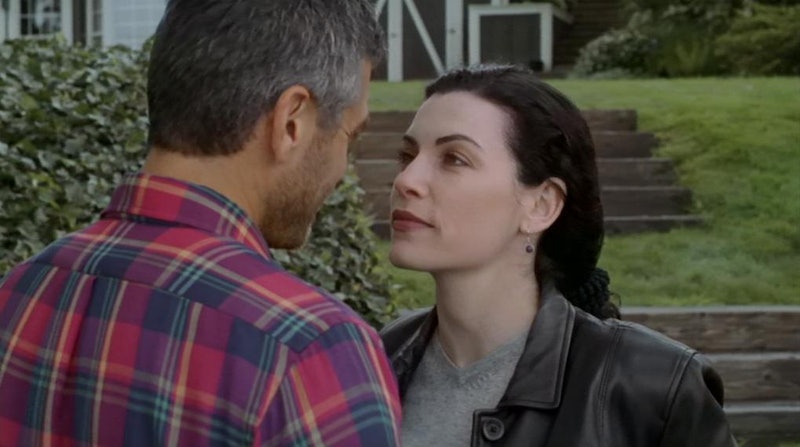 When ER premiered in 1994, I don't think anyone could imagine the cultural impact it would have on television. It made the medical drama cool, and it launched the careers of George Clooney, Julianna Margulies, Ming-Na, and Maura Tierney (among others). ER was the very definition of must see TV, and whether you watched it live or in reruns, there are certain moments ER fans will never forget.

Before Grey's Anatomy, Game of Thrones, and The Walking Dead pioneered their own brands of insane plot twists, there was Rocket Romano's (first) fateful encounter with a helicopter, the big Doug and Carol reunion, and an episode of television about a birth gone wrong that is so traumatic that most fans still find it hard to watch. When a show is as visceral as ER was, it stays with you forever, and you still feel the same emotions every time you watch an episode once more.

And any true fan will remember the 11 moments on this list. Some of them are heartbreaking and others pushed the boundaries of what network television could do. From the traumatic to the swoon-worthy, these are the moments that have ensured ER will never fade from your memory.

Throughout the pilot, Carol Hathaway is presented as a strong, confident nurse. It was impossible not to instantly love her, which is why, when she returns to the hospital at the end of the episode on a gurney, it is all the more shocking. Carol's attempted suicide was the show's first OMG moment, but it was far, far from its last.

The minute Carter went down after getting stabbed by a patient suffering from delusions, I remember feeling like someone had sucked all of the air out of the room. The show wasn't done yet, though. When Carter hits the floor, he looks across to see his protégé, Lucy, bleeding out. It is a horrific moment that led to one of the show's most traumatic character deaths.

When Carol decides to take the twins and get back together with Doug because she had loved him since she was 23, it was truly one of the most beautiful TV moments of all time. After Clooney left, it didn't look like Doug and Carol would get their happy ending, but even perpetual heart breaker ER knew some couples have to have their happily ever after.

Mark was ER's rock right from the start, but it only took the show 19 episodes to prove he, too, was fallible. When a routine delivery suddenly goes bad in "Love's Labor Lost," Mark is left scrambling to save the mother and the baby. Unfortunately, he only succeeds in saving the baby and watching him break down in tears on the way home is a shattering end to a heartbreaking hour.

5. Carter Reaches The End Of His First Day

Carter was so young when the show began, and his first day was rough. However, Mark gives him the best advice: "People come in here and they're sick and dying and bleeding, and they need our help," Mark says. "Helping them is more important than how we feel." It's a rare quiet moment from the show that resonated across 15 seasons.

Romano was always a pain, but, even at his worst, I don't think anyone wanted to see the man lose his arm. That is exactly what happened in the Season 9 premiere when a helicopter blade unexpectedly and graphically hit his arm. That is an image that cannot be unseen.

You can do a lot on network TV these days, but you are still not going to hear a character say "sh*t" very often. When Mark was dying with cancer in "On the Beach," he utters the word in a moment of rage, helplessness, and frustration. It was a visceral episode, and a sad end for the show's core character.

8. Doug Saves A Boy From Drowning

Doug gets his big damn hero moment when he saves a little boy from a flooding storm drain and the audience got to see Clooney soaking wet. Everyone won that day.

9. Carter Has To Run The Quarantined Hospital

When Kerry Weaver passed out in the ER, you knew stuff was about to get real. It turned out the hospital had to be quarantined due to contamination leaving Carter, who was still young and not entirely confident, to take control of the situation on his own.

Abby and Luka had nothing but bad luck, so, when they finally got a piece of good news, it stuck with you. Abby telling Luka she was pregnant on Christmas was one of the show's precious happy moments.

The full circle moment was 15 seasons in the making, which only made the moment Rachel Greene walked into County General as a doctor, just like her father, all the more rewarding. Even better? Carter was there to mentor her on her first day, just like her father mentored him. That is the kind of perfect ending fans will never forget.

ER was full of amazing moments, but these 11 truly rise above the rest as some of the finest, most shocking, and sometimes wonderful moments the series ever pulled off.