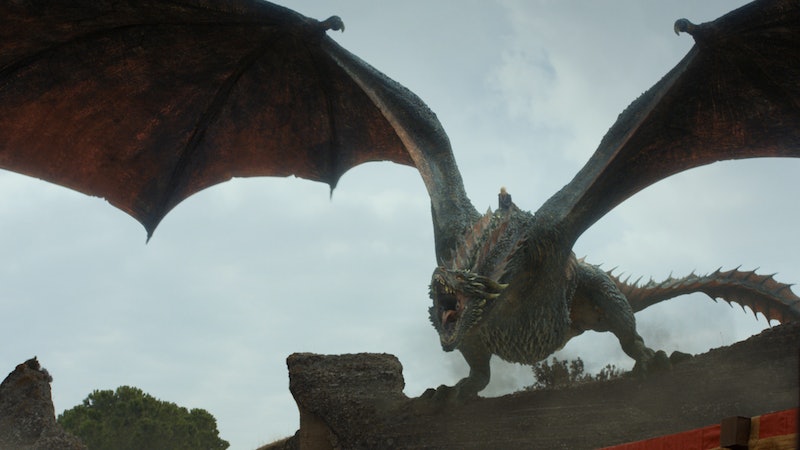 Game of Thrones fan theories can range from reasonable to ridiculous, and maybe even both. At the end of each season, some of these wild conjectures get knocked off just as brutally as the characters on the show. This time, these many theories disproved by Game of Thrones Season 7 can finally be put to rest.

Sure, fans are now speculating that Bran is the Night King more than ever. The "Varys is a mermaid" theory hasn't died yet, either. You be be starting to wonder if Arya has actually been dead for months. All theories about who is the Prince or Princess that was promised, who will kill Cersei, and who will ultimately sit on the Iron Throne are still open as well. While a lot happened in Season 7, most of the biggest fan theories are still possible — and plenty of new ones have cropped up thanks to the latest developments in Westeros.

You can hold out hope for that "Ser Pounce Is Azor Ahai Reborn" theory if you really want to. However, some theories have to step aside when the plot no longer supports them. Here are the Game of Thrones fan theories that we all have to give up on or at least re-tool in light of recent events.

1. "The Dragon Has Three Heads"

This one is iffy. Technically there are still three dragons. However, the fact that Viserion has died and been reborn as the Night King's vehicle of choice, the theory that Dany, Jon, and Tyrion will mount the three dragons seems dead.

2. Tyrion Is A Targaryen

Viserion's death has also lead fans to believe that Tyrion is no longer the secret Targaryen child of the Mad King Aerys. There's also the fact that Bran, with his Three-Eyed Raven powers, would be able to see if Tyrion was the true heir to the Iron Throne above Jon and Daenerys.

Hopefully Bran didn't leave out that crucial information, and this theory is finally dead. It's very Star Wars but makes no sense when you think about it.

4. Sansa Is Pregnant With Ramsay's Child

Thank the old gods and the new, enough time has passed that there's no way this theory is true.

Olenna Tyrell confessed to Jaime about her involvement with Tommen's murder, and Cersei seemingly didn't believe Jaime when he passed on the message. So Tommen probably didn't tell Cersei the secret after learning it from the High Sparrow, as one fan theory predicted.

6. The Ice Dragon In The Wall

If one of the legendary creatures really was inside the wall, Viserion would have found it while burning it down.

Whether you thought Littlefinger wanted to kill Jon, put Sansa on the Iron Throne, or rule Westeros himself, all theories about him are debunked now that he's dead.

8. The White Walkers Will Walk Around The Wall

A clue in the Season 7 opening credits may have pointed to frozen water around the wall that allowed for a speedy passage, but in the end the breach was because of a dragon.

9. Azor Ahai Must Be A Prince

Well, the cat theory is still ridiculous, Daenerys is officially in the running now, thanks to a grammatical reveal in Season 7.

10. What Dragonglass Really Is

Though it's not very romantic, I think Dany would have told Jon that her dragons produce dragonglass regularly if this theory was the case.

That was a big theory between Season 6 and Season 7, especially when Empire Magazine printed the name Jaehaerys Targaryen as Jon's true identity. However, the King in the North was named Aegon by his mother, and Jon by his adoptive father after Jon Arryn — which is too sweet.