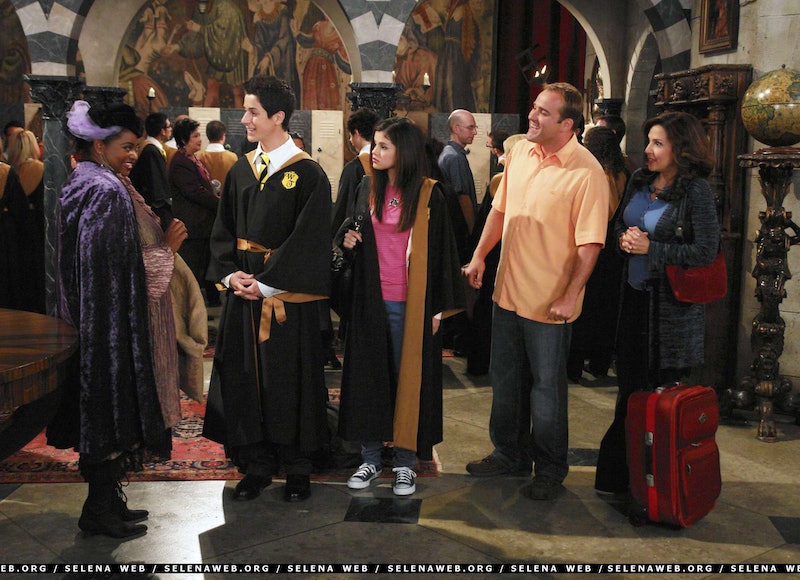 Harry Potter is so pervasive in pop culture that it's actually pretty rare to find a movie without a few Harry Potter references. From the Love Actually Prime Minister listing Harry Potter as one of Britain's greatest achievements, to Parks and Rec's Leslie Knope forcing Ann to watch all eight Harry Potter movies, the boy wizard has found his way into countless films and TV shows — you'll even find Harry Potter in rap lyrics. But sometimes it's a little more subtle: in fact, there are some Harry Potter references so hidden that you might never have noticed them before.

Several of your favorite cartoons, movies, and comic strips have referenced or parodied Harry Potter without ever actually mentioning his name. Sure, when you hear a reference to a teenage wizard with a name that rhymes with Harry's, you can usually bet the writers had Hogwarts on the mind — but sometimes it's not quite as obvious as that. The most hardcore Potterheads may have caught a few of these, but I'm willing to bet that most of these hidden Harry Potter references passed you by the first time you watched or read them. Once you know them, though, it becomes obvious. To paraphrase Love Actually's Potter-loving Hugh Grant: if you look for it, I've got a sneaky feeling you'll find that Harry Potter actually is all around.

More like this
Netflix Shut Down 'Bridgerton' S3 Rumours About A “Very Dark” Storyline
By Bustle
Jessica Simpson On The Time She Was Pursued By A Backstreet Boy & An *NSYNC Member
By The Editors
Rupert Grint Just Shared A *Major* Update About Ron Weasley’s Future
By El Hunt
We’ve Entered The Hot Boy Reader Era
By Samantha Leach
Get Even More From Bustle — Sign Up For The Newsletter
From hair trends to relationship advice, our daily newsletter has everything you need to sound like a person who’s on TikTok, even if you aren’t.