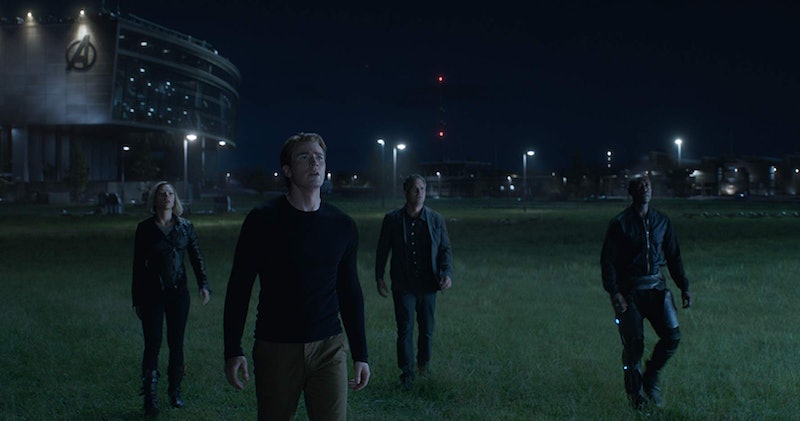 The masterpiece of an emotional dumpster fire that was Avengers: Infinity War left us all hanging by a thread with that shocker of an ending. And ever since, we've had to deal with the fact that many of our favorite Marvel superheroes disintegrated into dust at the literal hand of Thanos, just like that. So what now? How do they even begin to get back from this? Well, we'll find out soon enough as Avengers: Endgame officially premieres in theaters on April 26. You'll want to prepare for the resolution of this cliffhanger, but there are way too many preceding movies to marathon before the premiere. There's a shorter list of MCU movies you have to watch before Endgame; the others are just gravy.

Endgame will continue where Infinity War left off, with the remaining Avengers and allies who were spared from disappearing into nonexistence licking their wounds, trying to cope with their losses, and deciding how they can and should move forward. They regroup, attempt to restore the universe back to its natural order, and, hopefully, defeat Thanos.

But before you go to the theater to watch all 3 hours and 2 minutes of the much-anticipated film, you might want to do a little review of all the significant things that have transpired in the Marvel Cinematic Universe up to this point. Whether you're a newcomer or a die-hard fan, here are all the Marvel movies you need to watch before Avengers: Endgame. (P.S. Don't forget to watch those essential signature post-credit scenes!)