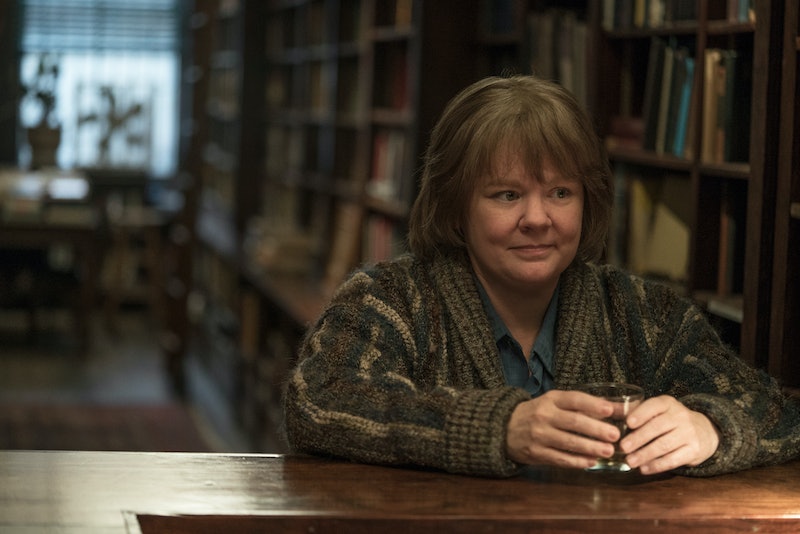 Scams are all the rage these days. Whether it's watching one of the two competing Fyre Festival documentaries on Netflix or Hulu or tweeting about how every new scam making headlines needs to be made into movies, people can't get enough. And if you love diving into a scam or con artist movie yourself, there are plenty for you to choose from.

The movies listed below are all either documentaries or based on real-life scams, con artists, or major instances of fraud. There are many, many more movies out there if you look at all the films about fictional cons (take all Ocean's 11-related films alone, there's five), but sometimes you just want that "I can't believe this is real!" feeling of a true story and these movies will get you just that.

From a literary forger to a teen who became one of the most well-known con artists of all time to large scale financial scams, here are 11 con and scam movies to check out. You know, so you have something to do while you wait for those inevitable college admissions scam and German heiress grifter movies to come out.

1. Can You Ever Forgive Me?

This movie, which got star Melissa McCarthy an Oscar nomination for Best Actress, is based on the memoir of Lee Israel, a writer who forged letters from famous literary figures.

One of two documentaries about Fyre Festival that came out in January 2019, this Netflix film tells the story of what went wrong with the infamous music festival with a ton of behind-the-scenes footage.

Fyre Fraud is Hulu's Fyre Festival documentary, and it has a broader scope than the Netflix one. (More, what does this all say about us as a culture?) Also, unlike the Netflix doc, it has an interview with Fyre Festival co-founder Billy McFarland.

4. The Inventor: Out For Blood In Silicon Valley

The Inventor premiered on HBO on Mar. 18 of this year and is a documentary about Elizabeth Holmes, and her former company, Theranos. Theranos was meant to develop technology to do hundreds of blood tests with only a very small amount of blood, but claims arose that the technology wasn't accurate. Now, Holmes is awaiting trial on a variety of fraud charges (she pleaded not guilty) and faces up to 20 years in prison.

This 2002 movie stars Leonardo DiCaprio as Frank Abagnale, Jr., a con artist, who got his start when he was only a teen and pretended to a be a doctor, airline pilot, lawyer, and more.

6. The Wolf Of Wall Street

Another DiCaprio movie, The Wolf of Wall Street is based on the memoir of Jordan Belfort, a stock market fraudster. The film shows him scamming his way to the top and living a lavish lifestyle... before it all comes crashing down.

7. The Wizard Of Lies

The Wizard of Lies premiered on HBO in 2017, and tells the story of Bernie Madoff and the biggest Ponzi scheme ever. Robert De Niro plays Madoff, and his wife, Ruth, is played by Michelle Pfeiffer.

Moving in a completely different direction, we have Catfish, the documentary movie that inspired the MTV series of the same name. The main scammer on Catfish wasn't conning anyone for money, but it's still a story of someone who wasn't who they claimed to be.

American Hustle isn't 100 percent accurate to what happened in real life and the names are changed — there's even text at the beginning of the movie that says, "Some of this actually happened" — but the film is based on the Abscam FBI investigation in the '70s and '80s.

10. Enron: The Smartest Guys In The Room

This documentary from Alex Gibney (who also directed The Inventor) is about the demise of Enron. It might not be scammy in the same way some of the other movies are, but there's a lot of fraud involved.

And again with The Big Short, it's not exactly a con artist situation like forging famous authors' letters, but this movie about people who bet against the housing market should still have the vibe you're looking for if you love learning about scams.

With all the scams in the news now, expect some more documentaries and biopics to make it to the movies over the next couple of years.