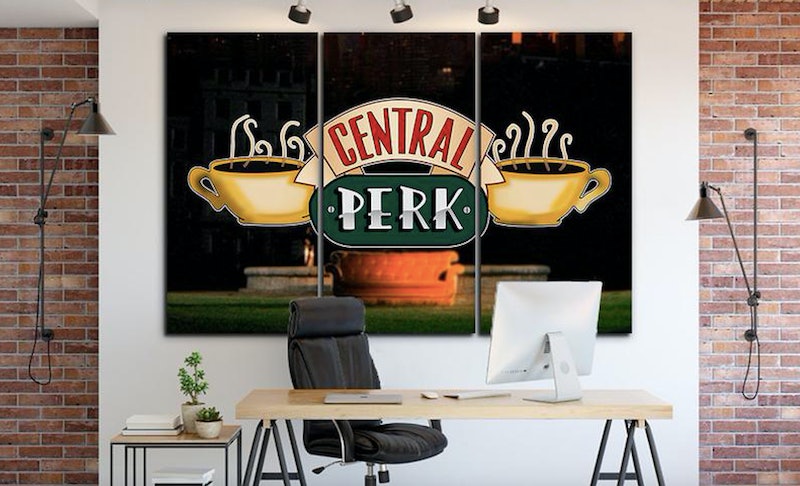 I can't be the only one who experienced minor heart palpitations when Pottery Barn announced a Friends collection, to be revealed on July 30. The collection will include Central Perk mugs and (be still my '90s heart) an apothecary table, and why is the room spinning? If you can't wait until then — or if you just want to go H.A.M. — then you're in for a treat. There are 11 pieces of Friends decor you can get on Etsy, so you can really channel the greatest show of all time.

Friends premiered back in 1994 — that's 25 years ago, FYI. So in other words, some of us were still in diapers or gluing macaroni noodles to cardboard in our kindergarten art class. But! If any show has stood the test of time, this is it. And a quarter of a century later, it's still a show we can all marathon-watch and laugh until we pee.

Friends taught us so much, like what is and isn't acceptable when you're taking a brief hiatus from a relationship. ("We were ON a BREAK!") And the proper way to get a couch up a winding flight of stairs. ("PIVOT!") And that Smelly Cat was and still is the greatest song ever penned in the history of humankind.

If you're ready to deck your apartment out like never before, these 11 Etsy items are for you.