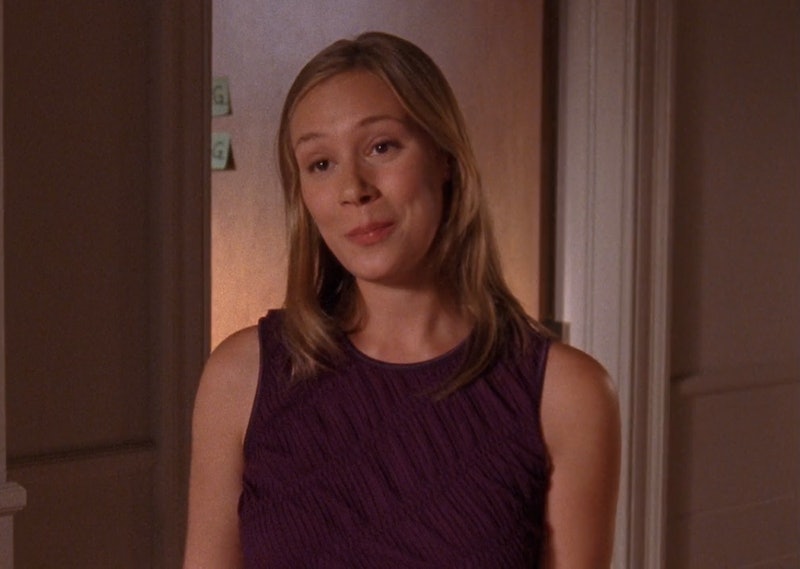 It's downright shocking that a show as fully populated with quirky characters as Gilmore Girls never ended up with any spin-offs. Jess' failed California days backdoor pilot aside, it doesn't seem like The WB actually pursued any Stars Hollow-adjacent shows for its lineup. That's a bit disappointing, since it's hard to imagine a TV character more worthy of their own show than Paris Geller. Seriously, Paris deserved a Gilmore Girls spin-off more than anyone.

Rory's enemy-turned-frenemy-turned-lifelong-best-friend was a constant scene stealer. Thanks to a stellar performance by Liza Weil, every part of Paris' wise-cracking, bossy, and often heartbreaking personality felt fully realized. And unlike some of the show's other fast-talking supporting players, there was no such thing as too much Paris. It didn't matter if she was having a breakdown on CSPAN or running the Yale Daily News like a tyrant, Paris always shined.

While there's no point in the original seven season-run when a Paris exit would have made sense, following her life post-college is definitely a missed opportunity. After years of being Rory's foil, Paris could have been the star of her own journey, and Gilmore Girls fans surely would have followed the illustrious Geller wherever she went. Here are all the reasons why the world needed a Paris spin-off.

1. Her Backstory Was Never Fully Explored

To say Paris' relationship with her family is complicated is a massive understatement. The little that's known about her parents makes it clear they only know how to show her love by giving her money. Her upbringing is reminiscent of Lorelai's in many ways, but she doesn't turn out anything like Rory's mom. Delving into how Paris became Paris would've been a fascinating journey.

2. Her Post-College Life Is Full Of Twists

No offense to Rory, but Paris' post-college life sounds so fascinating. By the time she turns 35, Paris has become the go-to fertility specialist, married and divorced Doyle, and had two children. What did it take for her to achieve so much career success? Was she apprehensive about becoming a mom? Did she ever take a break from dating Doyle? There are so many questions.

3. We Need More Of Those Epic Speeches

Listening to Paris verbally annihilate someone is one of life's greatest treasures.

4. She Has So Many Layers Waiting To Be Unveiled

At once a driven powerhouse and a vulnerable young woman, the many layers of Paris are a joy to behold. She can be fierce, naive, angry, brilliant, and tyrannical — and somehow all of these differing emotions are perfectly contained within one fully-realized character.

5. The Supporting Cast Would Be Perfect

Doyle, Madeline, Louise, and Paris' nanny all make for a flawless supporting cast. And with the right actors playing her parents — Judith Light would be great as Paris' mom — the show could've reached Stars Hollow levels of perfection.

6. We Deserve The Chance To See Her In Med School

How does Paris function in a school environment without Rory there to challenge her? She no doubt found another frenemy in med school, and the world was robbed of the opportunity to see their dynamic.

7. Her POV Would Be Refreshing

In Gilmore Girls, Paris is always seen through the eyes of others. And while people may find her passion scary, only Paris can tell her own truth. Seeing the world through her eyes would make for a funny, but also incredibly moving show.

Paris was born to lead. That's reason enough to give her a show where she doesn't have to share top billing.

Is there anyone in this world who is not curious about what became of Paris' craft corner?

Paris refuses to be reduced to a stereotype. She works hard to attain her goals, she gets married and divorced on her own terms, and she is a total success because she follows her own script. TV needs more characters like that.

11. Her World Is The Anti-Stars Hollow

Stars Hollow is a magical place, but it's not Paris' world. Seeing Gilmore Girls creator Amy Sherman-Palladino build a place where Paris' sarcastic takedowns and intellectual pursuits were met with acceptance could have been a triumph.

Of all the characters in the Gilmore Girls universe, none is more deserving of a spin-off than the truly iconic Paris Geller.