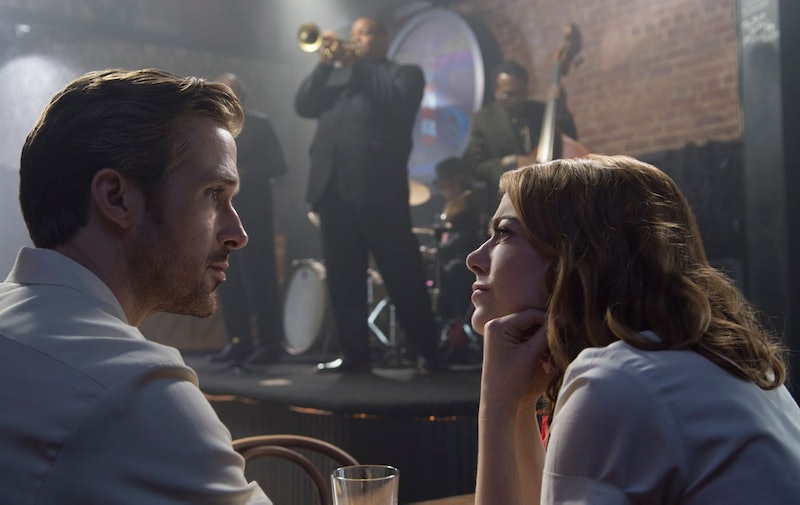 The 2017 Oscar season is upon us, which means you should prepare to be overwhelmed with designer gowns, expertly tailored suits, and your favorite celebrities being asked stupid questions on the red carpet. But all the awards celebration shouldn't overshadow the reason for all the fanfare, the movies. And, what better way to take a look at this year's list of Oscar nominated films than to examine what really matters — the sex factor. In this spirit, here are the 11 sexy 2017 Oscar nominated movies that bring the sexy while also bringing expert movie-making to the big screen.

The Oscars aren't exactly known for celebrating the most sexy works of the year. It's rare for many R-rated movies to make the cut, specifically when it comes to Best Picture, and even when they do, the movies are rarely rated harshly solely because of sexy content. Furthermore, the Academy doesn't have a history of loving sexy movies for sexy's sake. What does that mean for the sexiest Oscar nominated movies of 2017? Well, it means you won't be finding any Fifty Shades of Grey-level sexy films — at least, not this year. What you will find are movie stars, good lighting, and tension-filled romances that, together, create enough sexy to blow your mind. These are the 11 sexy Oscar nominated 2017 movies you need to see.

Look, if watching Ryan Gosling and Emma Stone sing and dance and fall in love isn't sexy, then I don't know what is.

From the irresistibly charming Janelle Monáe to the smooth Mahershala Ali, Hidden Figures is so full of sexy you'll be shocked to find out it's actually a movie about science.

Moonlight is beautiful in every single way possible, and that includes sexiness.

Say what you will about Tom Ford's second major feature, but the man sure knows how to shoot attractive people, like stars Jake Gyllenhaal and Amy Adams.

6. Fantastic Beasts And Where To Find Them

Because magic is, and forever will be, sexy — at least when Eddie Redmayne's involved.

Spy stories are always sexy, and the fact that this one, starring Brad Pitt and Marion Cotillard, happens to be about two spies who get married on the job makes it even hotter.

Sexy isn't the first word that comes to mind when I think of Suicide Squad (then again, neither is the phrase "Oscar nominated"), but if there is something attractive about watching Will Smith, Margot Robbie & co. beat evil's ass.

Chris Pratt and Jennifer Lawrence might not have given Oscar-worthy performances in this romance/sci-fi/space adventure movie, but that doesn't mean their chemistry isn't on fire.

When Channing Tatum dances, it's sexy.

We'll see if the Oscar ceremony itself lives up to the sexy in these Oscar nominees. (As long as Luna is there in a tux, I'd say they have a pretty good shot.)