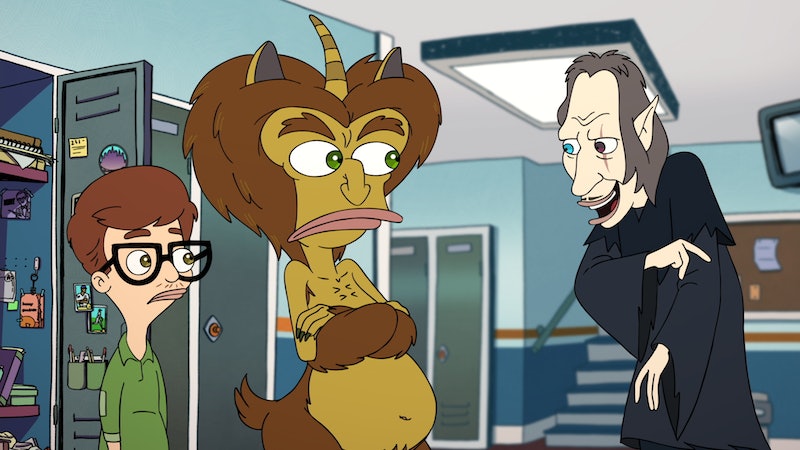 The first season of Big Mouth made for an uncomfortable watch, but chances are, its graphic humor wasn't still haunting fans days later. Not so for Season 2, which introduces The Hormone Monster's rival — a pointy- eared pot-stirrer who taps into many an embarrassing childhood moment. But, like the rest of the show, he doles out enough funny one-liners that you can still laugh through the pain. In fact, the Shame Wizard's Big Mouth jokes perfectly capture what makes him so hilarious and horrifying at the same time.

Most of the Shame Wizard's antagonizing is tied to teenage mistakes, but per usual, Big Mouth reminds us of how painfully relatable those can be. And while you may still be cringing at your own missteps decades later, hopefully the Shame Wizard can at least give you a good chuckle while shoving you down memory lane.

See his best jokes (and put-downs) below.