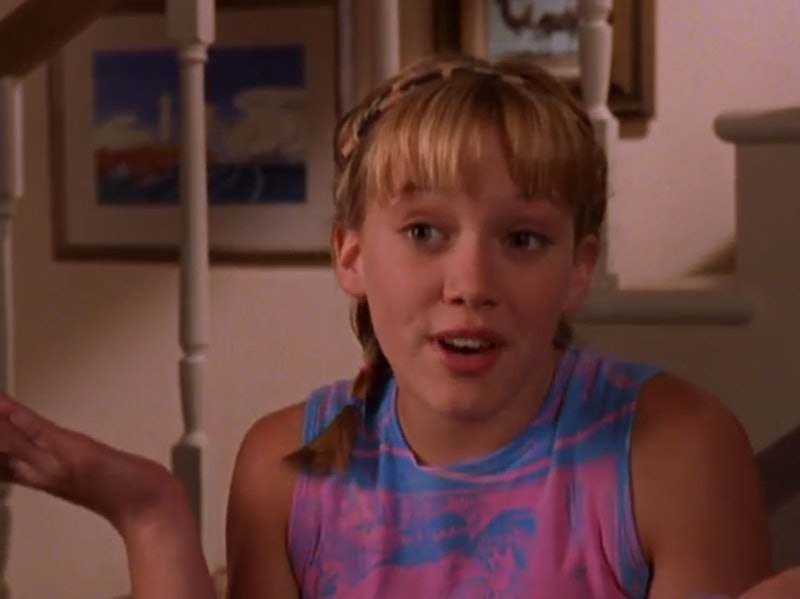 Lizzie McGuire, That's So Raven, The Famous Jett Jackson — these are the Disney shows you likely grew up with. These classics are pure comfort food for more reasons than one. There are certain things that all Disney shows have in common, and these familiar tropes go a long way in making them such a treat to watch. It's not that Disney can't surprise viewers, it's just that Lizzie, Raven, Jett, and the rest of the gang have more similarities than they do differences. Call it the Disney formula, and after all of these years, the channel has only made a few tweaks to their time-honored TV traditions.

From secret lives to the curious case of the BFF trio, Disney shows are all about growing up, friendship, and first loves. Supportive parents, scary frenemies, and dreamy love interests are all part of the deal if you're a tween growing up in the house of the mouse. These facts of life band the characters together no matter which show they're from.

Maybe it's because they have so much in common that Disney shows are the TV equivalent of potato chips. Watching just one is practically impossible. No, many people will happily admit to loving them all. From Even Stevens to Hannah Montana, here's why all of your Disney Channel favorites are basically the same.

1. The Main Character Has A Double Life

As if going through puberty isn't enough of a challenge, the main character almost always has to deal with leading a double life too. Jett Jackson is both a regular student and a TV star, Hannah Montana is a student and a famous singer, Raven Baxter is secretly a psychic, and So Weird's Fiona Phillips is connected to all things supernatural. These kids just can't catch a break.

2. There's Always A Trio Of BFFs

It seems that every kid needs two best friends to back them up — preferably a boy and a girl. Lizzie has Gordo and Miranda, Raven has Eddie and Chelsea, and Jett has J.B. and Kayla. This tradition continues in modern Disney shows like Girl Meets World — which features Riley, Maya, and Farkle — and Andi Mack, which has Andi, Cyrus, and Buffy.

3. Annoying Kid Brothers Are A Necessity

Louis is always on hand to drive his big sister Ren completely bonkers in Even Stevens, and Cory never stopped dragging Raven into his schemes. Add in Lizzie's little brother Matt, and you officially have an annoying brother trend.

Don't blame the every Disney character can sing trope on Miley Cyrus, because Hannah Montana was far from the first character to belt out a tune. Lizzie McGuire sings in The Lizzie McGuire Movie, almost everyone could carry a tune on So Weird, and Raven offered up a gorgeous Christmas carol in an episode of That's So Raven.

In the world of Disney, moms have the best advice. Good Luck Charlie's Amy is basically a super mom, So Weird's Molly is an actual rock star who keeps her kids grounded, and no matter what Lizzie thinks, her mom Jo gives the best pep talks in the world. Then there's the That's So Raven franchise which first gave the world the awesomeness of Tanya before revealing that Raven grew up to be a total boss mom in Raven's Home.

For every Amy, there's a Bob. Disney dads try their best, but they often find themselves bumbling through parenthood far more than their wives. Raven and Cory's dad Victor is an excellent chef, but he never gave advice quite like Tanya, and Lizzie's dad Sam always seemed out of his element when it came to dealing with Lizzie's tween issues.

7. Catchphrases Are A Must

Raven gave the world two flawless catchphrases — "You nasty!" and "Oh Snap!" — but she's not alone in having an on point catchphrase game. Hannah Montana's "Sweet niblets" and Kim Possible's "What's the sitch?" are equally awesome.

Kate and Claire were the most popular girls in school on Lizzie McGuire, and they made Lizzie and her friends' lives miserable — most of the time. Hey, even the bullies have a soft side in the world of Disney. See also Larry and Beans on Even Stevens, and Alana and her friends on That's so Raven.

The highs and lows of falling in love for the first time are inescapable for Disney characters. Recently, Girl Meets World offered up a heartbreaking love triangle featuring Riley, Lucas, and Maya, but Disney has been specializing in stories of young love for decades now. Jett Jackson had it bad for his BFF Kayla, Raven had Devon, and Hannah fell hard for Jesse.

It doesn't matter how down to earth a series seems, there's always room for a dash of magic. Shows like So Weird, The Jersey, and That's So Raven built the supernatural elements into their premise. But Jett Jackson, Riley Matthews, and Jessie all dealt with ghosts during the run of their shows too.

Admit it, there's not a single Disney theme tune from the past two decades that you can't hum on command. They're just that good.

Disney Channel shows are way more alike than they are different, and fans of the Disney brand wouldn't have it any other way.