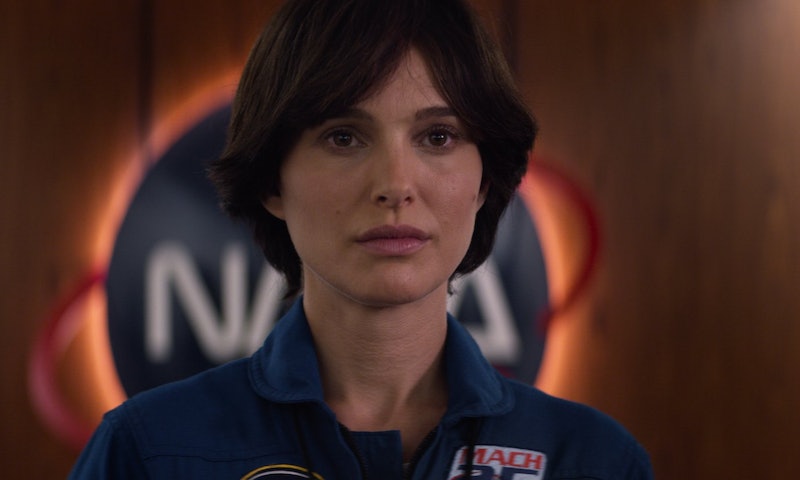 It's sad, but let's face it — the days are already getting shorter, and we're heading into the season of cozy sweaters, chilly weather, PSLs, and early holiday shopping. But the months of September through November are also an amazing time to go to the movies. Fortunately for those of us who are interested in women-centric stories, there are a lot of female-led films hitting theaters this fall.

Fall is also the time when awards season really kicks off in earnest, and prestige movies include acting roles that are sure to earn nominations for Golden Globes, SAGs, and Academy Awards. Natalie Portman, Renée Zellweger, and Cynthia Erivo seem poised to get some nods for their upcoming roles. Others big stars look like they're simply out to have some fun. Angelina Jolie will be donning Maleficent's robes again, and Jennifer Lopez will be leading a group of exotic dancers out to get theirs. Meanwhile, there are three feisty animated heroines conjuring magic, while the action world sees the return of Sarah Connor and Charlie's Angels.

Whatever your movie pleasure, be they dramas, comedies, biopics, thrillers, animation, or documentaries, the upcoming season is not lacking for female leads. Here are films with women protagonists premiering this fall.