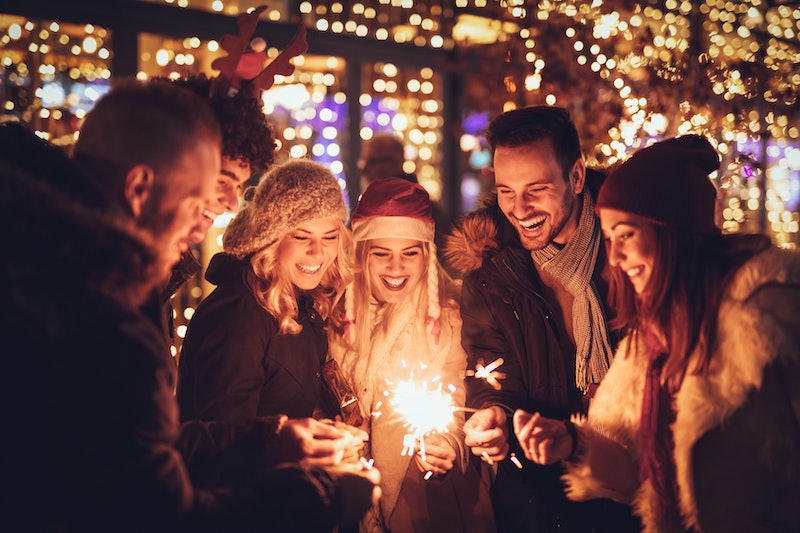 The holidays are often a marathon of eating delicious foods, drinking festive beverages, and social engagements. As a part of the latter, often people are expected to give that one great party toast — or, you know, they take it upon themself to make a toast at a party after one too many glasses of eggnog. If you're worried about an upcoming performance (or suspect you might subject yourself to an impromptu one), check out these holiday toast and speech ideas. I got you covered.

The origins of "toasting," clinking glasses, and giving brief speeches has been subject to a number of myths over the years. One particularly prominent — and false — one is that, in times of strife, the physical act of toasting evolved from a guest pouring a tiny bit of his drink into the host's cup. Why? Oh, you know, just to casually prove that the drink wasn't poisoned. If a guest trusted the host, the story goes, he would simply touch the host's glass with his own. A great story if you're a Game of Thrones fan, but Snopes says it is not real — so, please don't make jokes about the punch being poisoned at your office party. That will not go over well.

So why do we knock glasses and shout all variations of "Cheers!" at parties? Though the origin story has been lost to history, the general sentiment has been attributed to European gatherings where sharing food and drink were a holiday season tradition. It's a practice that grew from love. Keep that in mind once you step up to the plate this holiday season. You got this!