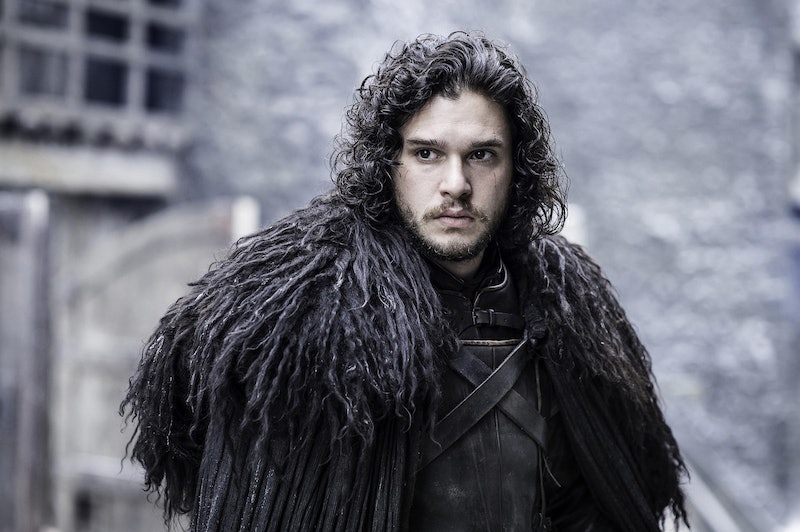 Ah, Jon Snow. He may be one of the biggest heartthrobs of the entire Game of Thrones series (and this is saying a lot, because there have been many, many attractive people on the show!), but he's also one of the most, well, gloomy (that's saying a lot too, because, um, almost everyone is gloomy in the Seven Kingdoms). Jon is known for being a little more on the negative side than the positive side, always walking around with a scowl or a frown on his face (we've seen him smile a collective 10 times, probably), always worrying about something gigantic and catastrophic, and always acting as the hero even though it's a role he doesn't want — he has made that pretty clear.

Still, it's hard not to fall a little bit in love with Jon, no matter how frustrating his actions might be sometimes, especially during season eight. Seriously, where has all of his passion gone?! Why does he only do things for Daenerys? Where is the Jon Snow we all know and love?!

There is one more thing about Jon that's really important to note: he has said some truly great things over the course of Game of Thrones. When Jon talks, he's usually saying something important or devastating or really powerful, and actually, it's kind of awesome. Jon's quotes below prove that he may be the brooding man of our dreams, but he's also really wise and always has been. Maybe he would make the best leader of the Seven Kingdoms? You know, even though he really, really does not want to be King. Who knows? Anything could happen in the final episode! In the meantime, take a look at some of these Jon Snow quotes to remember these truly epic moments: