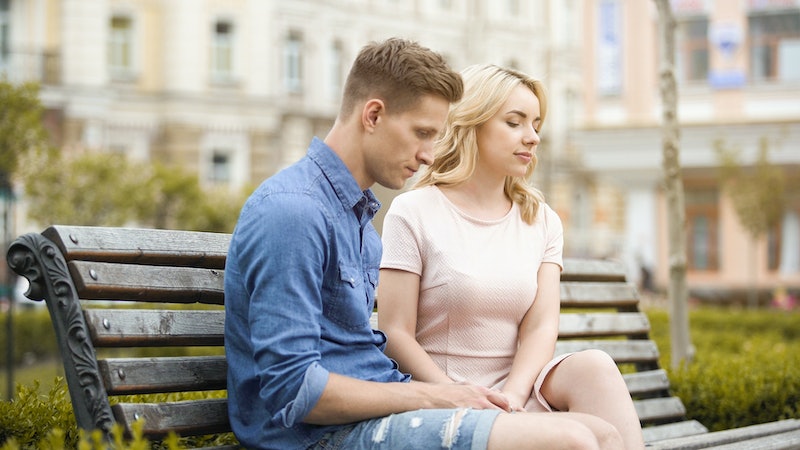 When was the last time you spoke with a stranger? No, I'm not talking about on a dating app, or the last like you asked someone if they were in line at Starbucks. I'm talking conversations. With new humans. People love to wring their hands about how the rise of technology has limited our generation's ability to hold a conversation, or to even interact on a basic, human, face-to-face level — and many on some level they're right. Take a look down the street or in any restaurant, bar, waiting room of some kind, and the majority of folks will likely be on their phones. But just because many of us are not as practiced in the art of chatting as we used to be doesn't mean we're a lost cause. We've just got to practice conversating more often! A good place to start: Eliminating any possible mistakes you could be making when starting a conversation with someone new.

These things could be totally subtle, but they make all the difference when it comes to making a good impression on a new person. Considering several studies have shown that people who engage in conversations with strangers in normally unpleasant situations (like while waiting in line, for instance) significantly increase their happiness and patience for the task at hand. Of course, this doesn't mean you should approach randos and start talking whenever you leave the house — but when it comes to things like job interviews, first dates, or meeting friends of friends, having some quick tips on hand for striking up conversations with new people is a good idea. First things first, check out this list of common mistakes we tend to make when talking to new people.