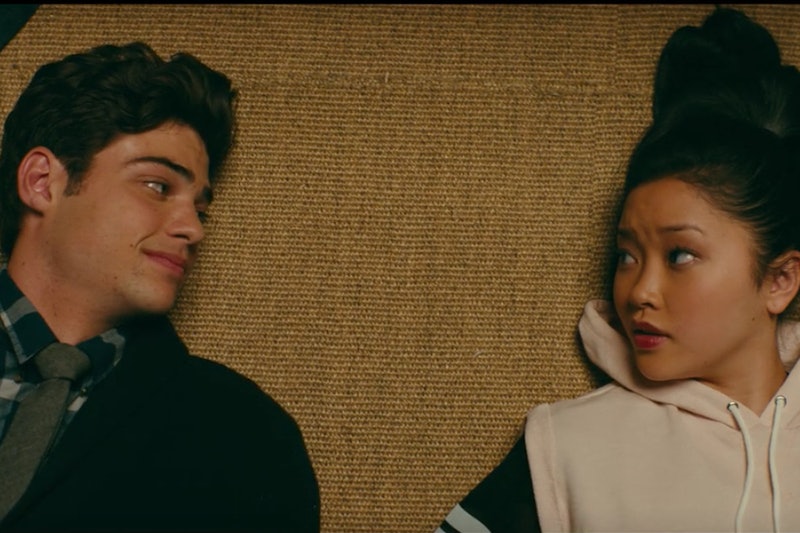 Every millennial is unique and has a different personal experience that shapes the way they look at life. And there are many films designed to appeal to our age group. The term describes people born between the early '80s and early '00s, and although those years include a huge range of perspectives, experiences and pop trends, we can all say that we've seen a film or two that speaks to our cultural truth. And in 2018, several movies got the millennial experience right — at least for some of us.

Films from the past like Mean Girls, Napoleon Dynamite and The Awkward Moment spoke to our much-discussed generation, and probably remain in heavy rotation. Covering personal discoveries and career breakthroughs, some of these recent flicks display the many methods through which millennials are always in the process of getting our sh*t together.

Some movies completely nail it when depicting the millennial culture and the kind of struggles we've endured because of the rise of social media, such as Eighth Grade. While other films, like The Hate U Give, dramatize the social justice battle millennials continue to fight as we grow in our political engagement. Movies will always try to appeal to a young adult demographic, and the films on this list are just a few examples of how out diverse yet complicated generation maneuvers through this world.

Middle school can be the cruelest time — that in-between stage of navigating adult problems with a preteen mindset. Eighth Grade sensitively addresses all the awkwardness and exploration that we went through during that time.

Never Goin' Back is all about two besties who are ride-or-die and want to live their life how they want to. It taps into that independent millennial mindset that wants to conquer the world.

3. To All The Boys I've Loved Before

If you've ever had a secret crush, this sweet rom-com is for you. To All The Boys I've Ever Loved is a heartwarming and honest picture of what it means to be in high school and fall in love.

Kin may seem like a unlikely addition because it's about the supernatural, but if you have siblings, you can probably relate to this one.

Love, Simon is a dramedy about a 17-year-old closeted gay high school student named Simon (Nick Robinson), who is forced to balance his friends, his family, his pen pal Blue, and the boy threatening to reveal his true sexuality all at the same time. Millennials are known for being accepting, but this movie focuses on the struggles that still exist for any LGBTQ+ teen.

This film follows a young girl as she comes face-to-face with her crush as she runs a kissing booth at a spring carnival, and it'll have you reliving your own first love stories.

7. The Hate You Give

When there is a cause, millennials know how to come together and make their voices heard. In this film, Starr Carter (Amandla Stenberg) witnesses the fatal shooting of her childhood best friend at the hands of a local police officer. She soon finds herself in a tug-of-war between cultures, trying to fight for what's right and speak up for herself.

Two brothers (Alex and Nat Wolff) fall for the same girl, and have to solve that problem between themselves. Spoiler: Stella doesn’t refer to the actual girl, it's actually their family dog whose final days are sadly numbered.

This Netflix comedy is about a group of friends who follow an EDM DJ all the way to Ibiza. It's a wild ride of parties, drugs, and alcohol, and is worth the watch, because millennial culture and travel often go hand-in-hand.

Nick Offerman plays a single dad who starts a band with his college-bound daughter, and they decide to start performing. The movie is sentimental picture of the trust-filled, equal relationship that some millennials may have with their parents or guardians.

Two teenage overachievers (Sami Gayle, Jacob Latimore) are on their school's debate team but they don't want to admit they may like each other. Millennials of all ages have a tendency to dance around (or ignore) our true feelings.

Three high school seniors make a pact to lose their virginity on prom night, but their overprotective parents are not having it, and they soon join forces to stop the girls from following through. It's a hilarious, raunchy take sex-positivity from a parental and a teenage perspective.

It's the last two weeks of high school and four best friends are trying to go out with a bang... literally. They leave everything on the table in the hope of making some major life changes.

No matter where you fall on the millennial spectrum, there's a movie here that you'll be able to identify with.