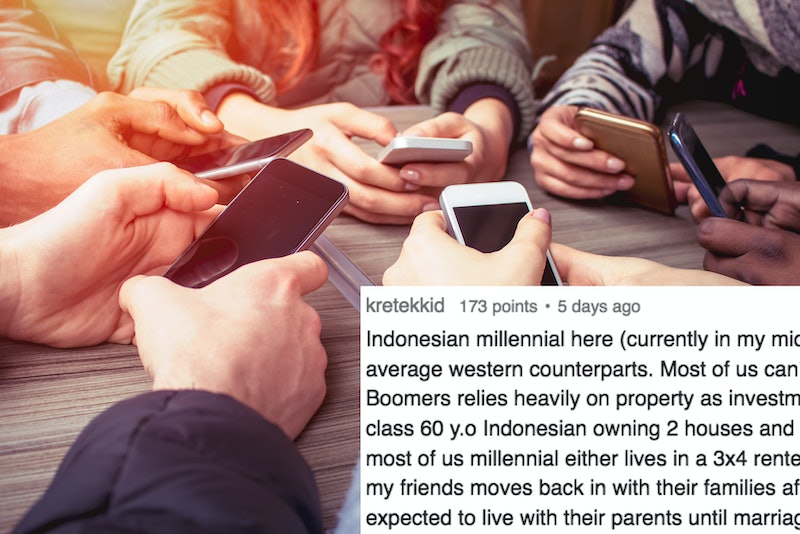 We all know how millennials are frequently painted in the media in the U.S. — entitled, immune to hard work, obsessed with avocado toast. While millennials are frequently an unfairly maligned generation, the tropes have nonetheless stuck — apparently so much so that it inspired a recent Reddit thread, where people outside of the U.S. described what millennials are like in other countries as a basis of comparison. What resulted was a fascinating glimpse at how our generation views themselves — and how they are consequently viewed by other generations — around the world.

Because the truth is, all too often we get so wrapped up in our own narratives and the way we are reflected in the society that immediately surrounds us. But millennials — defined as the generation between 1981 and 1996 by Pew Research — have vastly different experiences across the globe, with their own unique advantages, disadvantages, and cultural assumptions. So while American millennials may be feeling the heat of older generations on their backs, that might not be the case for millennials everywhere else. Given the well-known tension between American millennials and other generations, here's what people in other countries had to say on a viral Reddit thread talking about millennial experiences beyond our own.