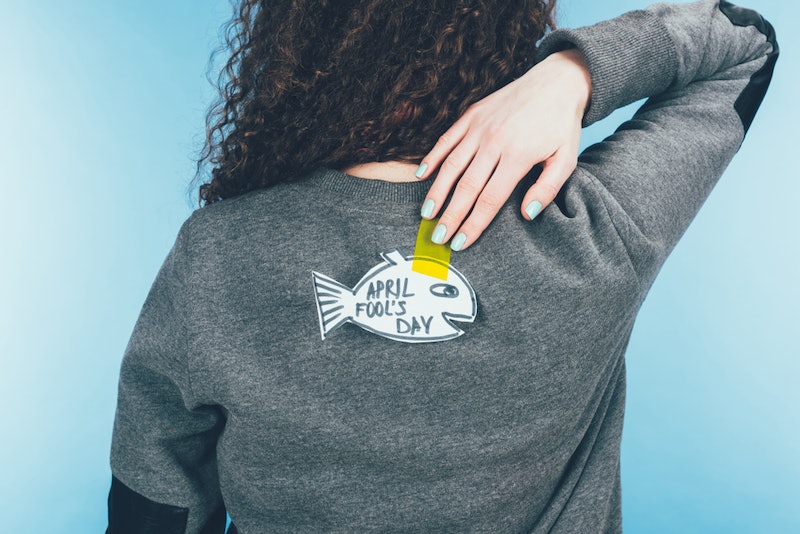 March is coming to a close, which means one thing for many people: April Fools' Day is coming. The very first day of April is when you're most likely to get pranked yourself or pull a prank on someone else - and pretty much everyone wants the latter situation. In the last few years, it seems like pranks have gotten a pretty bad name. This could be chalked up to the fact that the internet takes everything up a notch, meaning there are some truly awful pranks that have been played on others that never should have happened. Or it could be because, well, some people just don't have that sense of humor. Whatever the case, let it be said: there are some harmless April Fools' Day pranks people will actually enjoy.

After all, pranking other people just for the fun of it on April Fools' Day is a tradition that has been going on since the year 1700, and maybe even before then. That's a very, very long time, so clearly, something right is happening! The key to making a prank work in a way that will actually make people laugh is to pick the right kind of joke. If you do something that's going to harm someone else, that's obviously not funny. If you pick a prank that's going to make someone's day legitimately more frustrating, that's not going to make them laugh either.

You have to pick a harmless little joke, one that won't inconvenience them and will just make them laugh. It's not as hard as it seems! Below are a few ideas of pranks people will actually like:

More like this
64 Genius Gift Ideas For Every Single Guy In Your Life
By Teresa Newsome, Mia Mercado and Brittany Leitner
10 Pumpkin Recipes That Are Way More Creative Than Pie & Lattes
By Rebecca Deczynski and Alexis Morillo
Bennifer, Kravis, & 14 Other Fun Celeb Couples Halloween Costume Ideas
By Emma Carey and Brittany Leitner
7 Symbolic Meanings Of Autumn — From Letting Go To Self Preservation
By Kirsten Nunez
Get Even More From Bustle — Sign Up For The Newsletter