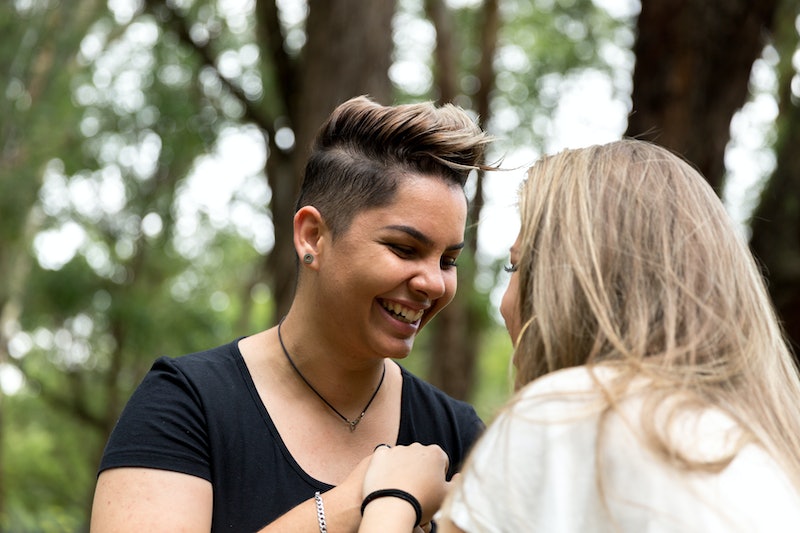 Some couples just seem to have the whole relationship thing all figured out. Couples who keep the spark alive have certain habits that prevent boredom, even after being together for a while. So what's the secret? What are they doing differently than the rest of the world? Well, according to Jim Antonsen, professional matchmaker and Co-owner of LuvBiz Chicago, couples who don't get sick of each other typically have three major traits in common: they forgive quickly, they're unselfish, and they fight fairly.

While boredom can sometimes contribute to the end of a relationship, unhealthy fighting can be relationship killer. That's why Antonsen says learning to forgive quickly is something all relationships can benefit from. Couples who don't get sick of each other know how to deal with conflict in a healthy way.

"Holding on to anger can not only make your partner feel uneasy, but it's unhealthy for you as well," Antonsen says. "Forgiveness is essential in any healthy relationship and frankly will make your own life easier to live." In addition to that, he also says these couples know how to fight fairly and they know how to compromise.

But these aren't the only habits that keep couples happy. Here are other common habits couples who don't get sick of each other have, according to experts.