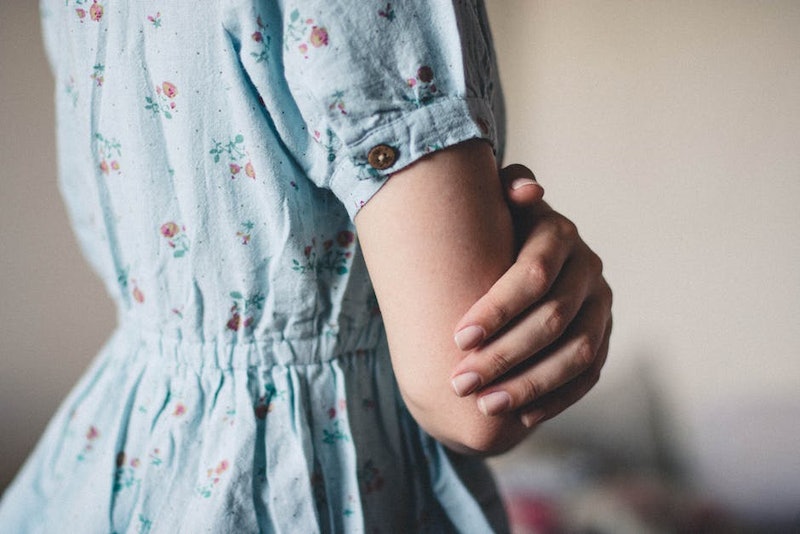 Some couples are really good at arguing. They get their point across, stay calm, and know when to give up for the sake of everyone's sanity. The rest of us, however, have a bunch of habits that make arguments worse.

During a particularly bad fight, you might find yourself yelling, throwing around some horrible names, or making empty threats. While it's totally normal to get swept up in the heat of the moment, it's important to work on these bad habits for the sake of your relationship.

Nasty, rude, or unhealthy argument styles can drive you and your partner apart. Not to mention mean fights are often only that — fights. When emotions get too high it's almost impossible to resolve the issue at hand. You know, because ya'll are focusing more on yelling than fixing anything.

It is, however, possible to change your ways. "Once we are aware of our own personal argument habits, and especially if we can spot our partner's, we can begin the worthy work of accommodating each other," relationship and dating coach Jessica Elizabeth Opert says. "Couples who argue are still healthy! It's not about how little or how often we argue; it's about how we argue that really matters." With that in mind, read on for some awful habits that are totally worth avoiding.

Using absolutes like "you always do this" or "you never do that" can make things go from bad to worse, relationships blogger Nathan Whiston tells me. "In response to our negative response, our loved ones respond with more of the same. Around and around we go in this crazy cycle of negativity and no one wins." So unhealthy.

Correcting your SO on an unrelated issue mid-fight is a surefire way to make things worse, relationship expert Lucinda Loveland tells me. Whether it's rudely correcting their grammar while they're upset, or nitpicking an unimportant fact, it's best to avoid criticisms like these at all costs — especially if you want to avoid a volcanic reaction from your partner.

3. Not Taking A Break When Things Get Too Heated

While it can be tempting to keep going at it until your point is made, sometime's it's important to part ways and cool off. Just be sure you go about it the right way. As psychotherapist Tina Gilbertson says, "... walking away without a word can trigger anger or fear in your partner. Tell them you need a break, and tell them when you'll come back." Then stick to it.

Making everything your partner's fault by using the word "you" can put them on the defensive. So, whenever you want to make a point, change things up and turn the direction to yourself. "Make an I-statement into a vulnerability statement, [such as] 'I'm scared of getting hurt,'" Gilbertson suggests. Saying "I" and then sharing your feelings will make discussing the issue one thousand times easier.

Has your partner ever picked up their phone to text mid-fight? If so, it probably felt pretty dismissive. As Opert says, "... the break in eye contact can read as disengagement." So if you're fighting with your partner, give them the courtesy of a little eye contact. (And demand they do the same.)

6. Focusing Too Much On Winning

Winning an argument feels damn good, but it shouldn't be your only goal — especially since it often causes the fight take a nasty turn. "If you focus on winning, you will be the one who takes it one step too far just to win," Opert says. This is when the name calling often happens, the nitpicking, or the awful accusations. You know, anything that'll cut your partner down. Don't do it.

7. Thinking About Your Comeback Instead Of Truly Listening

Rule number one for arguing (the right way) is listening, Opert tells me. Yes, it can be hard to do in the heat of the moment when you're upset. But try your best to truly hear each other.

8. Waiting For The "Right" Time To Fight

Sometimes before an argument even begins it's already set up to fail. This happens most often with topics that needed to be discussed, like, last week. By the time you bring it up, it already feels super negative in your head, relationship coach Robert Kandell tells me, thus setting the ground for a nasty argument.

9. Dropping Rude Names Or Bringing Up Past Mistakes

Remember what I said about name calling? Yea, don't do it. "While mentioning specific actions might be important to resolve an issue, name calling creates hurt feelings and stops communication," certified counselor Jonathan Bennett tells Bustle. "Stick to the facts and don’t rudely tell your partner how awful he or she is." Got it?

10. Losing Track Of The Topic

Once you're mad, it can be tempting to bring up that thing your partner said two years ago that pissed you off. But now is not the time. If you're arguing about money, stick to money. If you're fighting about chores, stick to chores. As clinical psychologist Joshua Klapow, Ph.D., tells me, this tactic will keep the argument from spiraling out of control.

11. Turing Your Partner Into The Enemy

Your partner is on your side. Don't forget that. Because the moment you do (or the moment they do) things can get ugly. "Once we see our significant other as the enemy the argument becomes a fight," Klapow says. Instead of working together to fix the issue, it becomes about winning and blaming. And that's not good.

While it's not easy to keep these things in mind when you find yourself embroiled in a fight, it's important to get in the habit of fighting in a healthier way. Your relationship will be so much better as a result.

More like this
How To Politely Reject Someone Who Keeps Asking You Out
By Laken Howard and Lexi Inks
Black Women's Equal Pay Day Highlights An Upsetting Problem
By Brandi Neal
10 Ways To Be More Empathetic To Your Partner
By Raven Ishak and Lexi Inks
Think Your Partner Is Cheating? These Tarot Cards May Confirm Your Suspicions
By Kristine Fellizar
Get Even More From Bustle — Sign Up For The Newsletter