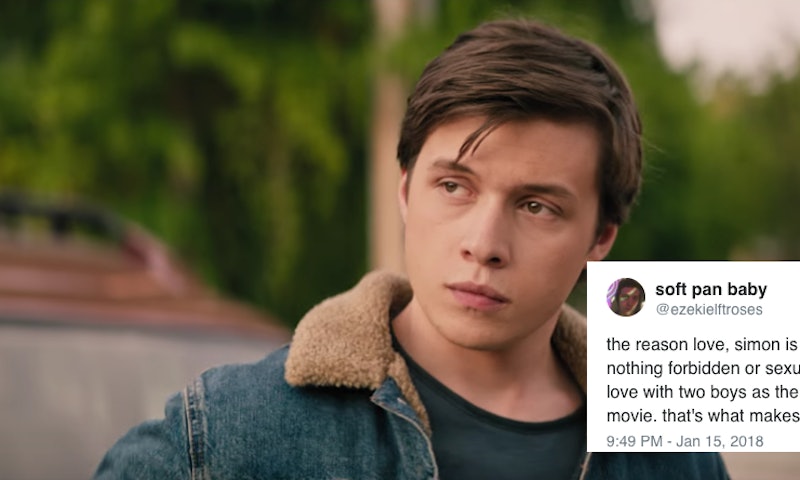 Love, Simon, which comes out on March 16, plays up a bunch of beloved high school rom-com tropes, but it also sets itself apart because the film tells the story of a young boy coming to terms with — and celebrating — his homosexuality.

One of the greatest things about Love, Simon, which fans have gushed about on Twitter, is how it normalizes an LGBTQ love story. Rather than take a more dramatic or "high-art" approach to this subject, like Call Me By Your Name and Moonlight do, Love, Simon is pure fun. Sure, it includes its fair share of teenage angst and self-discovery, but it also allows a homosexual teenage love story to resemble other classics, such as Pretty in Pink, and more recently, Easy A. Of course, that's not to say that coming out while coming of age story isn't central to the movie — as it should be. It's just that all of this put together has everyone on the internet sharing endless sob emojis.

These are some of the best reactions to the new Love, Simon trailer, which show how emotionally impactful and amazing the movie can be.