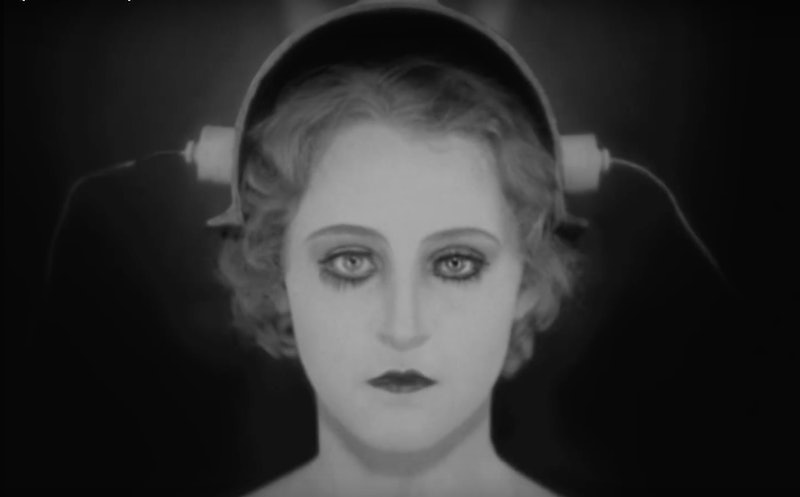 When it comes to envisioning films that push the envelope, there are plenty of ones that come to mind. Films that break genre rules? Films that subvert stereotypes? Films that offer new insights into timeworn themes? Easily done. But films that are so ahead of their time and constantly remain surprising and game-changing are actually a bit tougher to come by. That doesn't mean they're impossible to find, but rather, you've got to be willing to expand your mind in order to see what is possible where this category is concerned.

When I think of films that were ahead of their time, I'm not just thinking about sci-fi films. There are plenty in this genre that look to the future for inspiration and some have even (creepily) predicted the future in ways we never could have expected. Being ahead of your time doesn't simply mean you can accurately predict the use of Facetime (don't worry, there's a film on this list that ticks that box). It means that the film is able to coalesce the world its being made in with the world it sees around the corner, brings the two together, and is able to incorporate those worlds — in all their thematic, genre-defying, innovative goodness — into one great film.

See which films make the cut when it comes to staying ahead of the curve:

Here's a softball of a game-changer: Clueless was a paradigm-shifter for teen movies and comedies. An updated spin on Jane Austen's Emma, this film changed the movie game but also came at a time when there wasn't much else like it on movie screens.

The ability to detect crime before it happens is a key narrative function in Minority Report. That Big Brother style of surveillance, of wanting to doggedly watch and prevent crime, still feels eerily prescient.

Gattaca's premise revolves around a society where eugenics is essentially the norm when conceiving a child. Genetic perfection in all its glory is the standard and those who do not meet those requirements find themselves reduced to menial jobs and mediocre lives. Normalizing those themes into a story that feels timeless and timely is what makes Gattaca ahead of its time.

2001 is groundbreaking for a variety of reasons, but chief among them was the way it pushed the imagination of the viewer. It basically predicted the invention of tablets, Facetime, and insane space explorations. On top of that, it remains one of the most essential films of the 20th century.

6. Guess Who's Coming To Dinner?

Race relations and liberal ideologies get put to the test in Guess Who's Coming To Dinner. The uneasy navigation of interracial couples and the confrontation of politics made this film one ahead of its time when it was released in 1967. In 2017, it served as the basis, narratively and thematically, for the hit horror film Get Out.

7. Eternal Sunshine Of The Spotless Mind

The infiltration of technology into every aspect of our lives means that we see every status update, relationship update, and life event on our timelines. Erasing unwanted memories, especially the ones deeply embedded in our brains, is tough. In Eternal Sunshine, protagonist Joel is attempting to do exactly that and boy, it is not going as smoothly as he thought.

A love of country and a commitment to freedom gets interpreted and reinterpreted in various ways in this indie hit Easy Rider. While it's a very masculine film, the glorification of the counterculture and its symbolic death make this film feel miles ahead of its cinematic contemporaries.

I could tell you how ahead of its time Network was, but instead, I will just direct you to the clip above, which helped win lead Peter Finch the Oscar.

The great paean to Internet dating is also one of the most charming rom-coms ever made. You've Got Mail is a relatively harmless portrayal of modern dating practices but it definitely showed us what the future of courtship really looked like.

The absolute and total infiltration of cameras and connectivity in our 2017 lives was predicted by The Truman Show. Showing how one unwitting man's life is controlled by others, The Truman Show's ability to predict things like how addicted we would be to reality television and how we rely on things like "likes" and advertisements to guide our choices is totally eerie.

Hoo boy: The Matrix. What a trip. It's pretty easy to see how The Matrix was really ahead of the curve, right? On the eve on Y2K, The Matrix's ability to see into the heart of our internet usage and how it would so seamlessly integrate into our society that it almost blurs our perceptions of the world around us was next-level crazy.