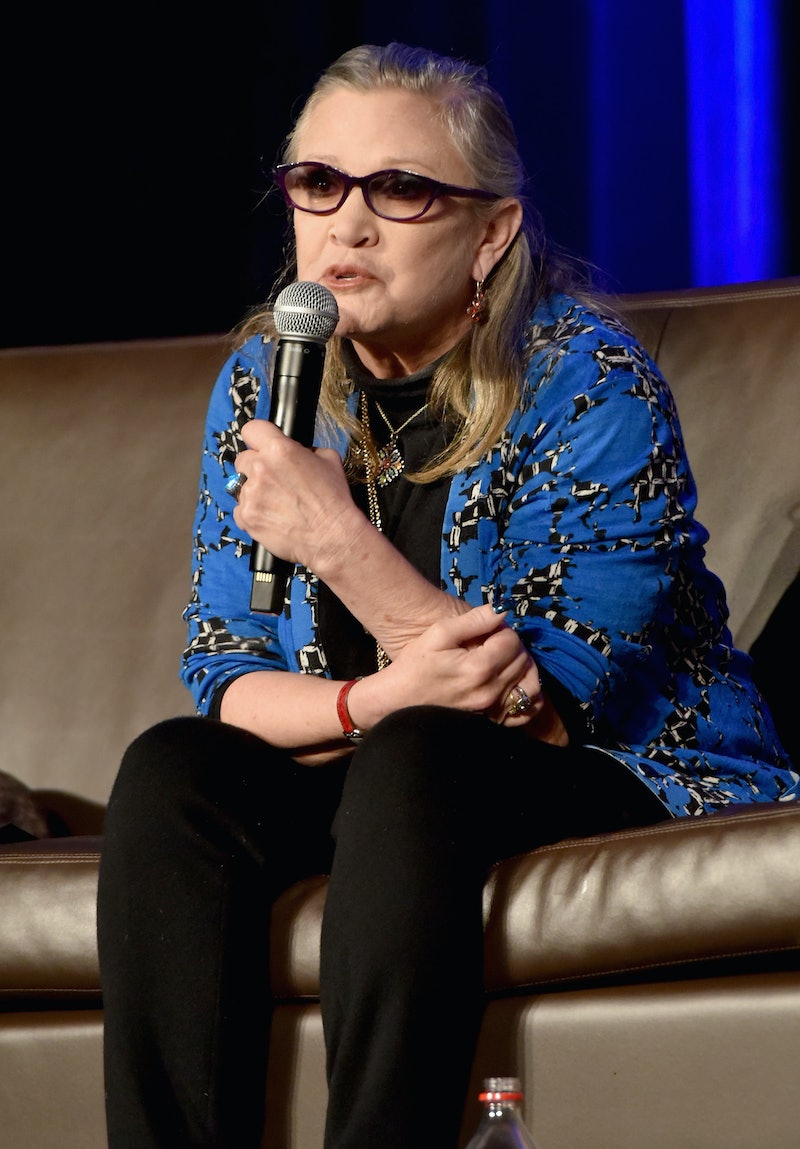 While it is inevitable that the world will lose pop culture icons every year, it seems like 2016 had more than its fair share of celebrity deaths. 2016 was the year we lost too many celebrities, and most of them way too soon and too unexpectedly. While there is never a "suitable" time for a loved one to go, it's even more tragic and painful when that person still had so much more life left to live, or when the person was so beloved by the world over that their loss feels like a huge hole in the world of pop culture.

From losing music icons like Prince, David Bowie, and Glenn Frey of the Eagles, to daughter Carrie Fisher and mother Debbie Reynolds just one day apart, fans all over the world, across all different fandoms, have been in mourning this year. Below are some of the most heartbreaking celebrity deaths of 2016, made to honor those lives lost and remember the stars gone too soon. The stars may no longer be here, but their legacy — the art they've created; the television, movies, and music they've given to the world — will live on forever. Rest in peace.

The iconic Star Wars actor passed away the day after Christmas after suffering a massive heart attack on an airplane before the holiday.

The Purple One succumbed to an opioid overdose in April.

Pop icon David Bowie died in January after a long battle with cancer.

The Wham! singer died on Christmas Day. So far, the results of his autopsy have been deemed "inconclusive."

Just two weeks before Christmas, Alan Thicke died suddenly of a ruptured aorta after collapsing while playing hockey with his son.

Zsa Zsa Gabor had lived to an astonishing 99 years old when she passed away in mid-December. Devastatingly for her family, one of her sons died in a motorcycle accident just one week later.

The beloved actor and Harry Potter star died of cancer in January.

The Eagles guitarist died at age 67 after complications from "rheumatoid arthritis, acute ulcerative colitis and pneumonia," the band said in a statement.

Rumors about Abe Vigoda's death have been swirling since the 1980s. Sadly, the veteran actor really did pass away this year, making it to the bold age of 94.

Celine Dion lost the love of her life when her beloved husband of almost 20 years died of cancer this year. In tragic news, her brother Daniel, passed away only days later.

Here's hoping the families and fans of these beloved celebs have a more peaceful 2017.

More like this
All The Best Celebrity Reactions At The 2023 Grammys
By Brad Witter
The 2023 Super Bowl Commercials Feature A 'Breaking Bad' Reunion & Missy Elliott
By Alyssa Lapid
9 Photos Of Celebrity Couples & Unexpected Duos At The 2023 Grammys
By Jake Viswanath
We’ve Entered The Hot Boy Reader Era
By Samantha Leach
Get Even More From Bustle — Sign Up For The Newsletter
From hair trends to relationship advice, our daily newsletter has everything you need to sound like a person who’s on TikTok, even if you aren’t.