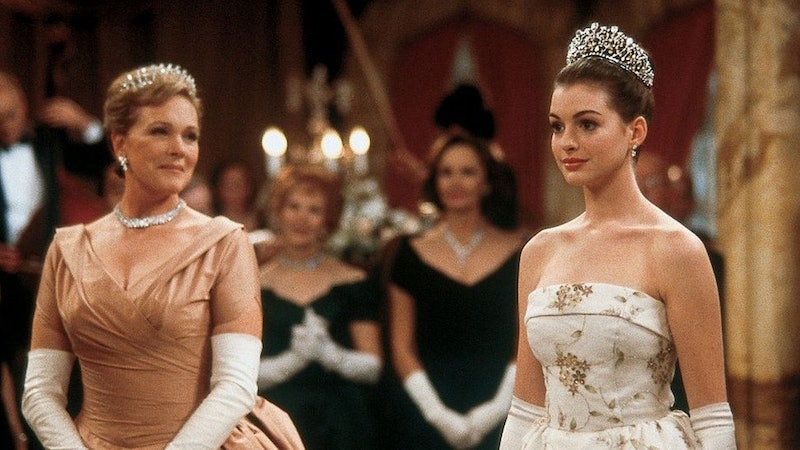 I was a pre-teen and teen in the early 2000s, so naturally there was no more iconic literary character to me than Amelia Mignonette Grimaldi Thermopolis Renaldo, Princess of Genovia. Meg Cabot's Princess Diaries series — the original 10 books of which were published between 2000 and 2009 — follows Mia Thermopolis after she learns that she is not just an average high school freshman, but that she is in fact the princess of a small country called Genovia. Mia quickly became an icon for bookish girls everywhere, as readers were made privy to her innermost thoughts, sarcastic commentary, hilarious royalty lessons from her grandmother Clarisse, and her first experiences with love, friendship drama, and family upheaval.

Of course, the books were eventually adapted into two equally beloved films starring Anne Hathaway and Julie Andrews. (A third Princess Diaries film is reportedly in the works.) But if you just can't wait for more royals stories that will fulfill all of your teen dreams, I've got 13 books below that should hold you over until Mia is back on the big screen. These books, both adult and YA, offer the same vibes you loved from Princess Diaries: characters who are unexpectedly (and often hilariously) thrust into the royal spotlight, and how that harsh glare affects them, their families and friends, and how they pursue romance:

More like this
Elizabeth Debicki On Her Approach To The Most Debated Scene From 'The Crown'
By Grace Wehniainen
The 'Firefly Lane' Book Ending Teases Way More Tears To Come In 2023
By K.W. Colyard
'Bridgerton' S3 Teases Exciting Social Season For Penelope Featherington
By Bustle
The 'Lady Chatterley's Lover' Book Leaves Us With A Troubling Question
By Catharina Cheung
Get Even More From Bustle — Sign Up For The Newsletter