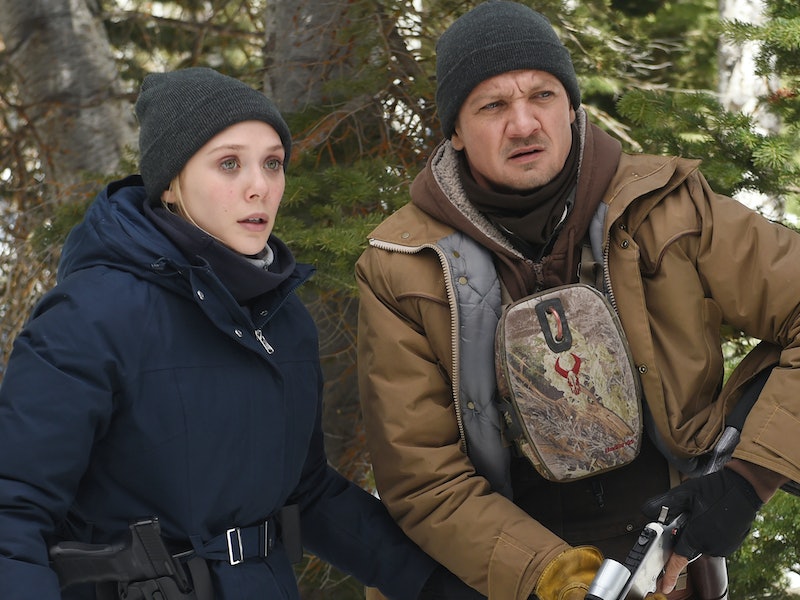 Elizabeth Olsen and Jeremy Renner are both expected to suit up as Avengers later in April for Infinity War, but before that, the two actually starred alongside each other in the new murder mystery filmWind River. The film premiered in 2017, when it garnered outstanding reviews. Now, the movie has made it to Netflix where even more people are discovering it, but they're soon finding that the film is inspiring them to seek out similar content. Thankfully, there are lots of movies like Wind River to watch on Netflix.

Wind River is both a modern western and a murder mystery, so it crosses over into a couple of genres. Olsen portrays FBI agent Jane Banner (no relation to Bruce), who is dispatched to the extremely remote Wind River Indian Reservation in Wyoming to solve the murder of an 18-year-old woman. The woman's body was first discovered by U.S. Fish and Wildlife service agent Cory Lambert (Renner), who assists Banner in her case. The movie's mix of mystery, violence, cultural clashes, and isolation make for a thrilling tale, and if that sounds like something you'd enjoy, then you should have a look at the 14 below films on Netflix as well.