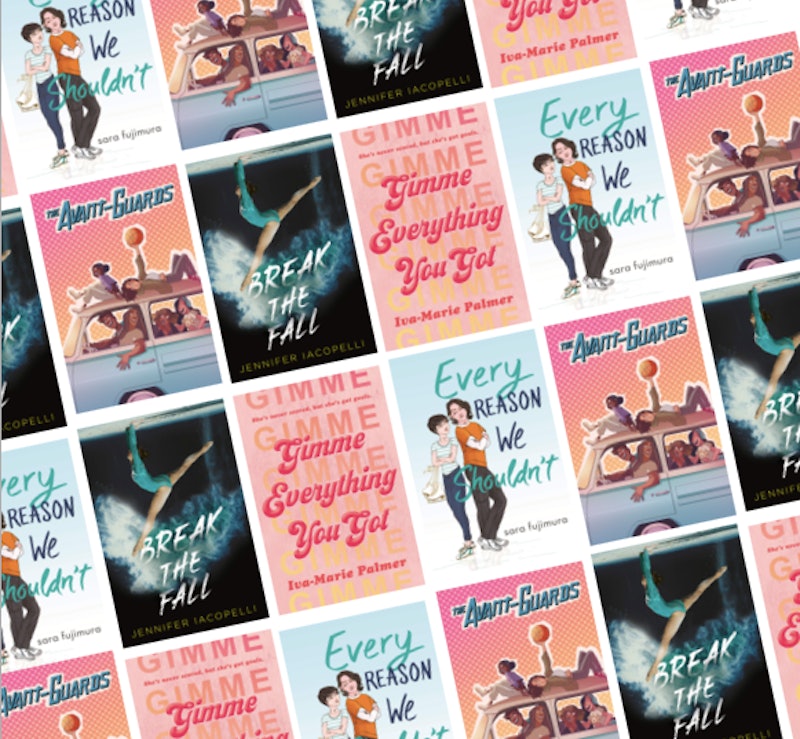 The postponement of the 2020 Summer Olympics to 2021 might be this year's biggest sports-related disappointment, but it's for a good reason. The novel coronavirus has spread worldwide — with events like Coachella and the The MET Gala already being postponed — and the Olympics have opted to protect their athletes and push back the 2020 games. But if you're still feeling down about missing out on the summer sports fun this year, you can take some comfort in these 14 sports novels, all of which will fill the Olympics-sized hole in your heart.

No matter how disappointed you might be in missing the Olympic Games this year, you should know that postponing the competition is actually a very good idea. The Olympic Village — the colloquial term for the temporary lodgings that pop up around the Olympic stadium — is already known as a place where athletes and other people working the Games hang out in close quarters, and that kind of contact is exactly what health experts want everyone to avoid right now. Between that and the air travel it would take to bring athletes from 205 countries to Tokyo, hosting the even this year proved to be too great of a risk. So as we wait one more year for the summer games, here are 14 sports novels to tide you over.

We Ride Upon Sticks by Quan Barry

Three hundred years ago, Danvers, Massachusetts was the stage for Colonial America's infamous witch trials. Now, it's 1989, and Danvers High School's field hockey team finally has a chance at making it to state after so many mediocre seasons. But the Falcons have made a dark deal to help her team achieve greatness, and that deal requires them to raise a little hell if they want to become champions.

The Resisters by Gish Jen

Rising tides have consumed much of the U.S. — now called AutoAmerica — which leaves the underclass known as the Surplus to live on crowded, ocean-top barges, while the ruling Netted remain on what little land is left. Into this world, a rising baseball star is born to Surplus parents, and the reapings of her talent might just resurrect the old American Dream.

The Sport of Kings by C.E. Morgan

Two young adults fall in love over the horse-racing business in this Pulitzer Prize-nominated novel from All the Living author C.E. Morgan. When Allmon Shaughnessy, a black man with a knack for dealing with horses, takes a job mucking stables at Henry Forge's Kentucky farm, he doesn't expect to fall in love with Forge's daughter, Henrietta. But the farm has dark history, and the relationship between Allmon and Henrietta revives the specter of that history's most horrifying aspects.

The Avant-Guards by Carly Usdin and Noah Hayes

Students at a small college focused on the arts pull together a basketball team to start their own league in Carly Usdin's The Avant-Guards. Charlie's a new student at the Georgia O’Keeffe College of Arts and Subtle Dramatics, and although basketball played a big role in her life before, she tells herself that she's no longer interested in the game. That is, until Charlie meets Liv, the hopeful team captain of Georgia O'Keeffe's b-ball team, and discovers that the sport might still have a place in her life after all.

In Emmeline's Victorian-esque world, a woman's place is in the home, far from the velocipede races that Emmy loves. Her brother is a hotshot jockey, but she finds it difficult to be happy for him when she'd much rather take his place. Emmy has spent her life in strict confines, but now she's ready to burst out of her "place" and make room for all the other girls who want to race.

Every Reason We Shouldn't by Sara Fujimura

With her Olympic dreams shattered, Olivia Kennedy has just started to get used to her new normal when Jason Choi shows up. The aspiring speed skater is clearly headed where the figure-skating Olivia can't go, and her resentment might get in the way of their budding relationship.

Break the Fall by Jennifer Iacopelli

One year out from her spinal surgery, star gymnast Audrey is headed to compete on the world's stage at the Olympics. Her spotlight dims just a little, however, when her Olympic teammate, Dani, accuses their coach of sexual assault. Audrey believes Dani, but many of the other girls on the team do not, and the tension between them only grows as the case against their leader ramps up.

We Are the Wildcats by Siobhan Vivian

What can six girls accomplish in a single day? Four members of the West Essex Wildcats played in their abysmal last season, and now two newcomers have joined the team. As their coach puts together a bonding night for the six of them, the wounds of last season reopen, and the girls air their grievances — and expose their coach — for the first time.

The Cactus League by Emily Nemens

Jason Goodyear's career may be on the rise, but the rest of his life has hit the skids. He's going through a divorce, but that's more of a symptom of the other problems in his life than anything else. As the baseball star begins to self-destruct during spring training, an unnamed sportswriter attempts to get to the bottom of Goodyear's story by interviewing the people who know him best in this debut novel from Paris Review editor Emily Nemens.

Here to Stay by Sara Farizan

When he finally gets off the bench, varsity athlete Bijan scores the winning basket in an important game, skyrocketing the quiet teen to high-school stardom. Taking the shine off of Bijan's newfound popularity, an anonymous Internet user creates a picture of him as a stereotypical terrorist and distributes it widely. Lines are suddenly drawn as Bijan's true friends step in to support him, while others make it clear that they aren't in his corner at all.

The webcomics creator responsible for one of publishing's biggest Kickstarter campaigns, Check, Please! centers on Bitty, a former figure skater, who now plays ice hockey for his Massachusetts college. Although he feels like a fish out of water, Bitty quickly endears himself to his teammates, and finds that he just can't get enough of one of them in particular.

Although she works at a sailing store and runs a popular, sailing-related Instagram account, Willa doesn't know the first thing about sailing. Imagine her surprise when her loyal Internet fans sign her up to compete in a sailing championship! Terrified of losing her following and making a fool of herself, Willa hires one of the championship's former stars to teach her everything she knows about sailing. Can Lane really teach Willa enough before the championship begins?

Susannah was supposed to be an Olympic swimmer, but personal problems and a bad coach have sidelined her athletic dreams. As she begins training under a new coach, Susannah meets Harry, another swimmer with global ambition. They're both a little broken, but can they mend themselves while forging a new relationship with one another?

Gimme Everything You Got by Iva-Marie Palmer (July 14)

In 1979, high-school junior Susan Klintock just wants to find a guy she can unleash her pent-up sexual energy on. Bobby McMann could be that guy, except that he's a member of her school's faculty. Going out for the new girls' soccer team is the only way Susan can interact with Bobby, but once she makes the team, she realizes that he may not be the one for her after all.