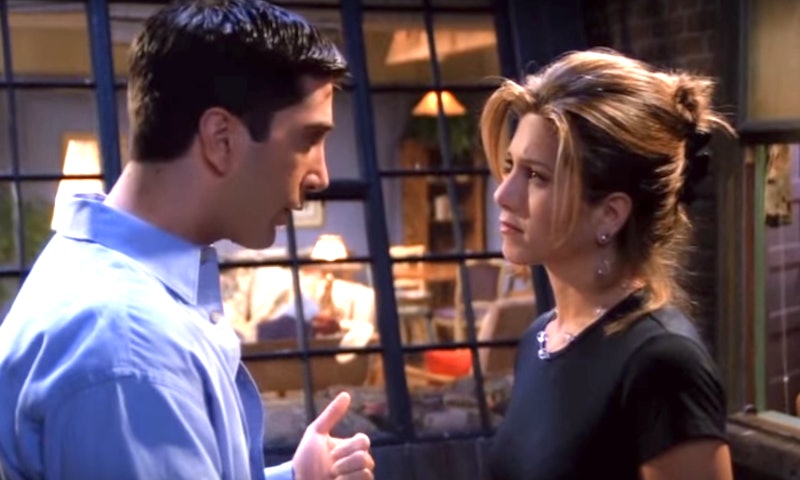 Now that we've all watched Friends as certified grown-ups, it's nice to know people are catching on to the idea that Ross and Rachel were the show's worst couple. With that in mind, let's take a moment to recognize some '90s couples that make more sense than Ross and Rachel. As you might imagine, there's a fair amount of them. And though it would be easy to simply highlight some of the best TV couples of the '90s with the healthiest, most functional relationship going, that would hardly be fair.

So instead, these are couples who, at least by TV standards, were deemed dysfunctional in some way. Couples who don't make sense on paper, but who do on screen. Couples who don't scream "we were on a break" at each other, showcase horrifying possessiveness, or break up a million times without realizing maybe that's for good reason. Maybe a certain issue should be worked on or the romance gets trashed forever.

Ostensibly, these are also couples who, like Ross and Rachel, appear to have very little in common. The difference with these '90s couples, however, is that they actually make sense on at least one level — which is one more than what Ross and Rachel ever made sense on.