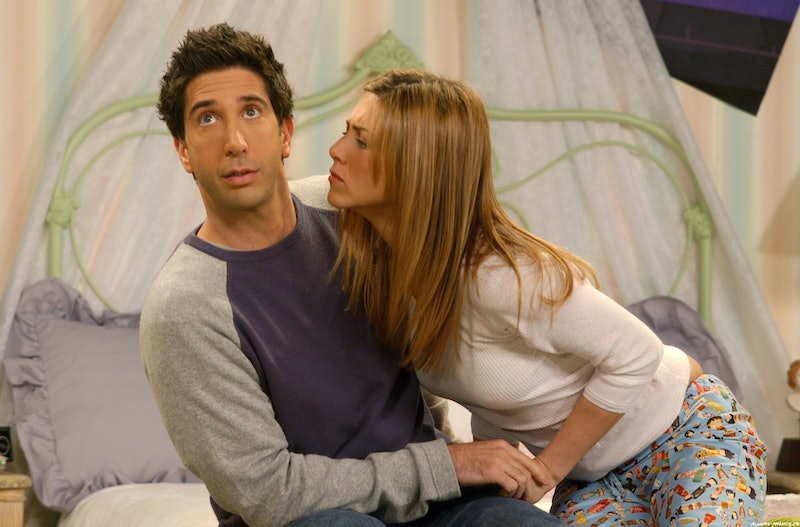 There are few television couples as iconic as Ross and Rachel on Friends , and it's not solely because of their sweet moments. In fact, truth be told, that's not at all why this couple is iconic. Not that Ross and Rachel weren't TV soul mates, because they were — they're just better known for their crazy breakup journey than their love story. Ross and Rachel may have been endgame, but Friends wouldn't have been nearly as good if it weren't for the ups and downs of their tumultuous relationship — even if it forced fans to choose one half of the couple to root for.

After a solid season and a half of "will-they-won't-they" tension, Ross and Rachel officially began dating midway through Season 2, only to find themselves facing trouble in their relationship a year later when Rachel gets a demanding job at Bloomingdale's. After Rachel suggests that she and Ross take a break, Ross sleeps with another woman — and thus, the argument of whether Ross and Rachel were really "on a break" was born. Ross' cries of "We were on a break!" will resonate with any fan of the sitcom, but it wasn't always so cut and dry as to who was in the right. Here's a graph that explains who was in the right during the early stages of Ross and Rachel's relationship.