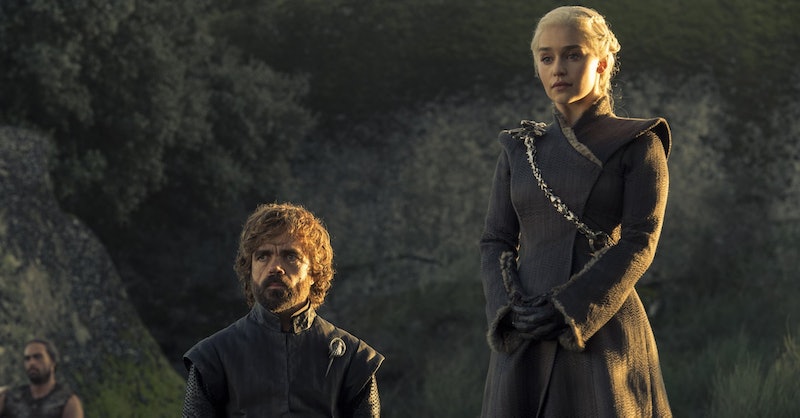 There are many different major themes throughout the Game Of Thrones series, and betrayal is definitely one of them. Betrayal happens consistently through the entire show; in fact, at this point, viewers basically expect to see their favorite characters get betrayed or even to see their favorite characters betray someone else. It's just the nature of Westeros, apparently!

Just think about how many huge instances of betrayal have occurred since the series began. Joffrey betrayed Sansa and the Starks when he decided to surprise behead Ned Stark after saying he would say show mercy if Ned admitted he was wrong. Roose Bolton and Walder Frey betrayed the Starks after Robb Stark betrayed the promise he made to Walder Frey. Littlefinger betrayed, well, basically everyone he came into contact with. Jon Snow was betrayed by a group of men in the Night's Watch who went so far as to literally murder him. Lord Tywin betrayed Tyrion numerous times. Cersei is another character who will betray anyone for the good of her family. And the list goes on and on.

So, that said, it's not surprising that there are some really great quotes about betrayal from Game of Thrones. The characters speak about ti quite often, and they always seem to have something wise or witty (or both) to say about it. While you may not be able to relate to all of them, you'll definitely be relate to the meaning behind them, especially if you've been a victim of betrayal yourself. Here are some of the best quotes about betrayal from GoT:

More like this
Viserys’ Fate On 'House Of The Dragon' Could Differ From The Book In This Surprising Way
By Grace Wehniainen
'The Lord of the Rings: The Rings of Power' Revisits Iconic Spots From 'The Hobbit'
By Darshita Goyal
6 'Game Of Thrones' Halloween Costumes That Aren't Overdone
By Nina Kahn
'House of The Dragon' Episode 6 Will Take Place A Decade After Episode 5
By Kadin Burnett
Get Even More From Bustle — Sign Up For The Newsletter