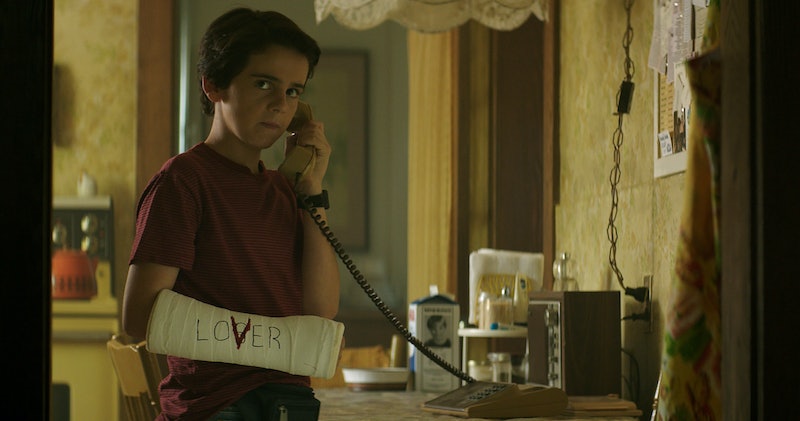 The plot of the Hulu series The Act seems almost unthinkable. But, as you probably know, it's based on a true story. The dark reality of the seemingly heartwarming relationship between devoted mom Dee Dee Blanchard and her chronically and seriously ill daughter Gypsy Rose was exposed as a case of Munchausen Syndrome by proxy (MBP), or as it's called now, Factitious Disorder Imposed on Another. Per the Mayo Clinic, the disordered individual "falsely claims that another person has physical or psychological signs or symptoms of illness, or causes injury or disease in another person with the intention of deceiving others." And if you're fascinated by The Act, you may want to check out these 15 movies about Munchausen Syndrome by proxy, which are a surprising mix of horrific and humorous.

Some films include the disorder as a character detail of a side plot. Eddie in It has a lot going on besides his mother's hypochondriacal control over his life, though his asthma inhaler is an omnipresent reminder. The 1994 Lifetime movie A Child's Cry For Help was one of the earliest movies to foreground the disease, though Rolling Stone notes cases of MBP were making the news back in the '60s. Other movies, like the lighter Jake Gyllenhaal rom-com Bubble Boy, add a touch of levity to this otherwise grim subject.

While these movies are entertaining, they're not all particularly realistic. So you'll have to do some research if you want to know more. Spoilers ahead.

More like this
Alyson Stoner Says She Went To Rehab After Auditioning For 'The Hunger Games'
By Jake Viswanath
12 Documentaries & Films About Cults From Netflix UK To Hook You From Start To Finish
By Kay Leong
Photos Of The 'Elvis' Cast vs. Their IRL Counterparts Will Have You All Shook Up
By Grace Wehniainen
Chris Hemsworth Joked That Baring His Butt In ‘Thor: Love And Thunder’ Was A “Dream”
By Brad Witter
Get Even More From Bustle — Sign Up For The Newsletter