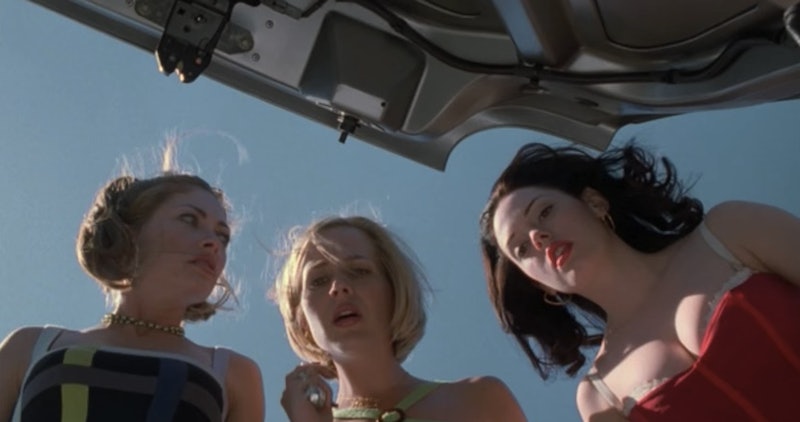 If you still have a sweet spot for the viciously fun 1999 flick Jawbreaker, this is probably an exciting time to be alive: E! has a new Jawbreaker TV show in the works. Well, in a roughly inspired way. The show is reportedly set to follow a new clique, trading in teenage popular chicks for bridal party babes, but, as you would guess, the festivities of a bachelorette party get cut short due to a case of accidental murder. And that sounds great and all, but knowing we won't be getting a full-on reunion just makes me want to backtrack and watch the original film. There are plenty of reasons to rewatch Jawbreaker.

Trust me, I can make a thousand arguments for the movie. It's a stylish, smart satire that manages to hit all the right teen movie notes without it getting totally gross and hackneyed. Hell, I can make one strong argument for Jawbreaker just with the awesomeness that is Rose McGowan at... well, I would say "at her prime," but TBH modern day McGowan is incredible too.

In any case, it might just make sense to narrow it down to a concise list of reasons why you should rewatch the film right now. Learn it, live it, love it.