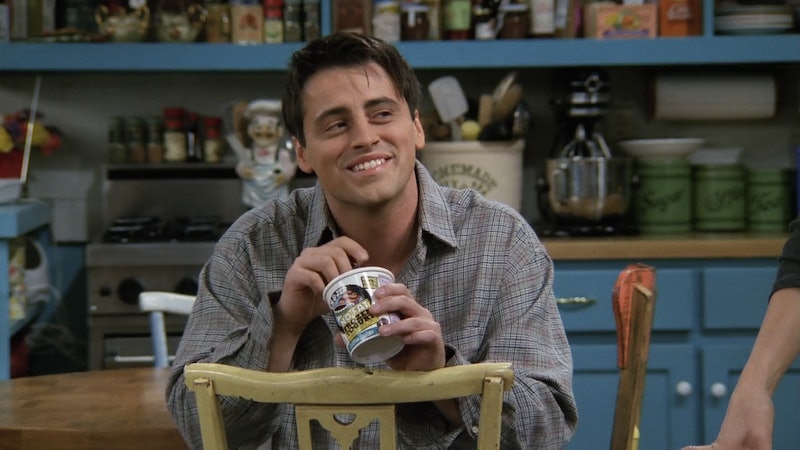 Guess what? All 10 seasons of Friends are currently available to stream on Netflix. That's right — more than 200 episodes of everyone's favorite mid '90s to early '00s sitcom can be watched from any device with a Netflix app installed right now. But with so many episodes to watch, where should you start? You could go the traditional route of watching every episode in order. But if you've already seen the show countless times, either during its original run or from the seemingly endless amounts of reruns that air all over the world, then you might want to start by watching a dozen or so fan-favorites. Lucky for you, the leg work has already been done and composed into this list of Friends episodes you'll want to rewatch immediately.

Sure, selecting the best episodes of an extremely popular show such as this one can be divisive. Everyone has an opinion on their favorite Friends episodes, the best guest stars and reoccurring characters, or the funniest jokes. But regardless, if you've only got a couple of hours to kill and want to have a thoroughly enjoyable experience, then the episodes of Friends to rewatch are definitely the ones included on this very list.

The very first episode of Season 1 is definitely worth watching again and again. It really sets a perfect tone for the series, introducing viewers to the iconic characters in a way that really allows you to connect with them.

In this episode, you see Ross react to finding boxes full of artificial sweetener hidden in his grandma's closet after her passing. It's a touching moment, and one of the first times you really get to emotionally connect with one of the characters.

After a tumultuous start to their romantic relationship, in this Season 2 episode, Rachel forgives Ross after seeing him do something insanely sweet for her (that she didn't know about at the time) in an old video from her and Monica's prom night.

When the gang (led by Joey) is worried that their naked neighbor might be dead, they bust out a... yup... a giant poking device to poke him from across the street. It sounds dark, but will undoubtedly make you laugh.

The Season 3 finale takes the group to a beach house in Montauk, NY, where Phoebe meets her birth mother. Oh, and it's also the episode where Rachel convinces Ross' girlfriend Bonnie to shave her head.

Toward the end of Season 4, there's an iconic scene of Monica, Rachel, and Phoebe hanging out in wedding dresses that ends with Rachel scaring off a boyfriend by greeting him in the dress while saying, "I do." It's a scene that will make you chuckle every single time you watch it.

Ross and uncomfortably tight leather pants? No more description is needed. It all goes down in this Season 5 episode.

Oh, Pheebs. In this one, you'll get to see her run, and it's as epic as you might expect.

After finding out her parents had spent her wedding fund in a previous episode, Monica is determined to save money on her upcoming nuptials. This is why she takes Phoebe and Rachel with her to a mega-sale at a bridal store that results in all-out panic.

Chandler finds out that the obsessively clean and organized Monica has a hidden room, and yeah, it's literally stuffed from floor to ceiling with junk.

Leave it to Phoebe to adopt a rapidly growing family of rats! You can see her hilarious debate with Mike go down in this episode.

The main story in this one involves Monica singing while wearing a a see-through shirt, but more importantly, it's where we learn there's still potential for Ross and Rachel.

There were a number of wedding episodes on Friends, but none felt as genuine as Phoebe's. From the steel drums, to the adorable dog that's part of the wedding party, to Joey's LOL-worthy approach to officiating, this episode will give you serious feels.

Phoebe learns what a banana hammock is after legally changing her name to Princess Consuela Banana-Hammock, as she wrestles with the decision to change her last name after getting married.

Sure, the series finale was controversial, and even disappointing to some fans. But now, years after Friends has ended, it's a great two-part episode to conclude your rewatch.

Now that you have your list of must-watch Friends episodes, let the Netflix marathon begin.