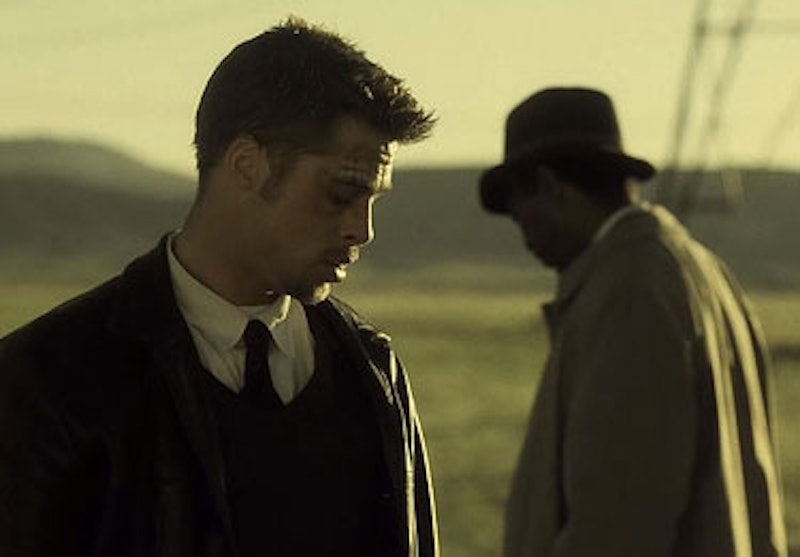 The '90s are a major cultural touchstone for people in their twenties and thirties today, and the decade's films are a big reason why. Many young adults grew up on '90s movies, and will still still often rank them among their favorite films. Most of the love is usually reserved for comedies like Clueless, epics like Titanic, or kids movies like The Lion King, but one genre that deserves more praise is the excellent murder mystery movies of the '90s.

I'm not going to lie, lots of these films were terrible, but a few managed to straddle the line between entertainment and smut and became the rare guilty pleasure that you don't feel too guilty about taking pleasure in. So take a look below at these 16 '90s murder mystery movies.

More like this
Netflix Reveals First Look At Wednesday In The 'Addams Family' Spinoff Series
By Bustle Editors
Revisit 1992’s 'A League Of Their Own Cast' Photos After The New TV Series
By Grace Wehniainen
At 28, Lesley Manville Was Acting, Picketing, & Singing Kate Bush Songs
By Olivia-Anne Cleary
What's New On Netflix: A Third '365 Days' Movie & Lili Reinhart’s New Film
By Arya Roshanian
Get Even More From Bustle — Sign Up For The Newsletter