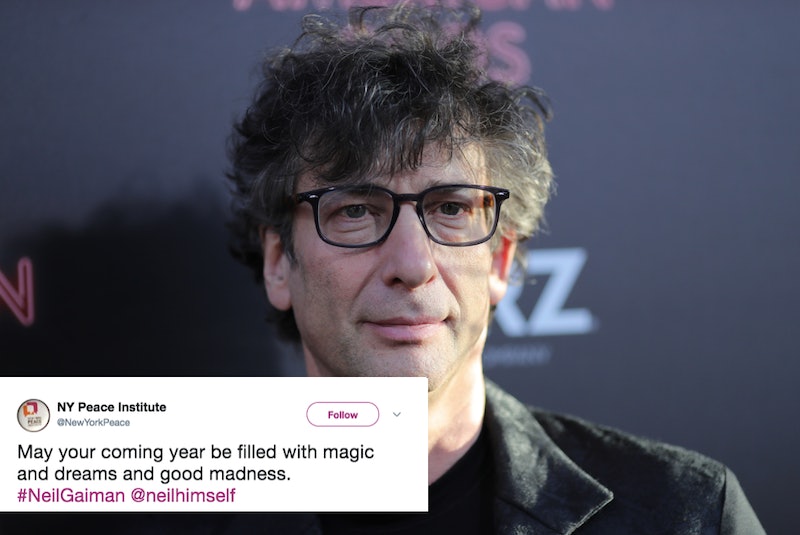 With dozens of award-winning novels and short fiction, Neil Gaiman has become one of the most respected writers in the English-speaking world. In addition to writing good stories, Gaiman also gives fantastic New Year's advice on his blog each year. I have 16 years of New Year's advice from Neil Gaiman for you to read through below, and it will keep you inspired throughout the year.

Although you can pretty much count on a message from Gaiman every Dec. 31, the American Gods author has recycled old well-wishes on several occasions. His earliest post, which included the desire for his readers to "read some fine books and kiss someone who thinks you're wonderful" in the upcoming year, has re-emerged several times since he first published it in 2001. For the sake of brevity, I have only included Gaiman's new New Year's wishes in the list below.

If you've been a Neil Gaiman fan for a while, you know that doling out sound advice is something the fantasy author does often. His 2012 commencement speech at the University of the Arts in Philadelphia has since been published as a thin tome titled Make Good Art.

Check out 16 years of New Year's advice from Neil Gaiman below, and share your favorite wishes for the next 365 days with me on Twitter!