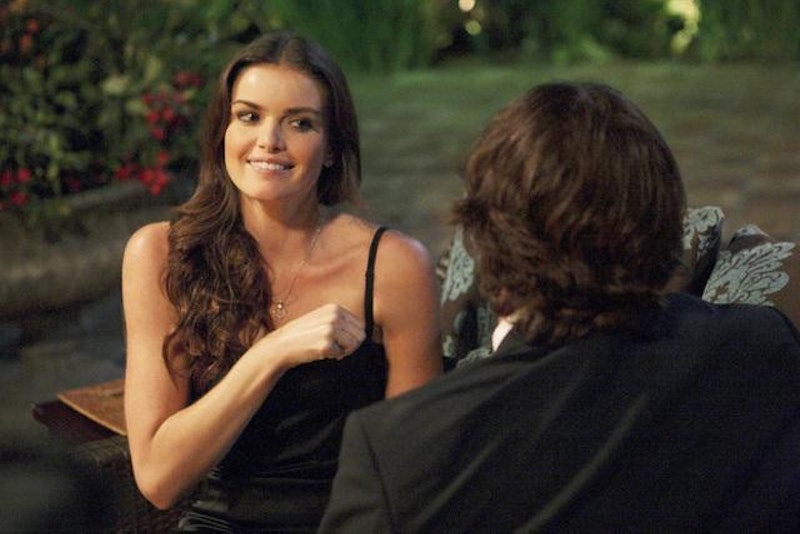 Unfortunately for the contestants, there is always a designated villain in the cast during every season of The Bachelor and The Bachelorette. Whether the villain really is that bad or editing made them seem worse than they actually are, there is always at least one villain on every season, and they tend to end up being the people fans love to talk about. For the most part the villains use the same annoying stunts or try similar strategies on the show, so there are plenty of things that all fans have said about Bachelor villains.

I have to be honest with you, the bad guys and girls are what get me through the first few episode of The Bachelor and The Bachelorette each season. In the beginning, there aren't any serious love connections to ship, so while all of that comes together, the villain-instigated drama is really all I have to entertain me. Sure, there are those people who get too drunk at the cocktail parties, the others who say instantly regrettable quotes, and a few romantic moments early on, but the villains are the ones who really bring the entertainment to the show in those early episodes.

These are the people who become water cooler fodder at the office on Tuesday mornings and the ones with the most mentions on Twitter. Whether you love them or hate them, you've definitely said some of these things if you've been a diligent Bachelor viewer over the years.

This is a harsh statement to make, especially about someone you don't actually know, but when you get really invested in a show like The Bachelor, it's bound to slip out.

2. "I Can't Wait For Him/Her To Get Eliminated"

When a villain's entertainment value ends and they're just being mean, annoying, or rude for no reason, the fans want them out of there and count down until that moment.

Like I said before, a lot of the time the villains are the most interesting people to watch on these shows. When there's nothing else going on in the house and everything else is super harmonious during a two-hour TV show, the viewers need the villains for entertainment.

It's so frustrating when the Bachelor or Bachelorette cannot see what the viewers get to watch and someone who doesn't deserve a rose keeps getting one week after week.

5. "He/She Is Not Here For The Right Reasons"

Some of these people are just so transparent when it comes to their thirst for the limelight. Get them off this show. I do want some reality in my reality television.

I know that none of us actually know these people, but it's hard not to feel annoyed by some of their antics. Plus, I know I'm not the only one who has imagined herself in the house and hypothesized exactly what I would say to the villains.

7. "I Wonder What Her/His Parents Think Of This"

I'm all for acting like your true self, but I think most people get me when I say that there are just some topics I am not comfortable discussing around my parents. And I would not want my mom and dad to see every part of my romantic relationship. Unfortunately, reality TV stars do not always get to hide their dating lives from their family and friends.

8. "There's No One Entertaining Left On This Show"

You may have been rooting for the bad guy to get what he deserves and get booted from the mansion, but now what? The Bachelorette still has a lot of filler dudes left to eliminate and nothing is really happening. It's hard not to miss the villain when it's just a bunch of nice people left standing and getting along with each other.

Sure, it's a baseless statement to say that two people characterized as "villains" would automatically get along, but it's tweeted (multiple times) pretty much every season.

10. "How Does He/She Not See Through Her/His Nonsense?"

I know that the star of the show doesn't get to see what happens when they aren't in the room, but it's tough to watch them fall for someone without knowing the whole story.

It kills me when I see a contestant say one thing in the house and another to the Bachelor or Bachelorette as if the cameras aren't rolling the whole time. If a person blatantly lies on the show, of course it's going to make the episode.

This is probably not something that is publicly said or posted on social media, but let's be honest: Most of the Bachelor and Bachelorette villains are attractive since they were cast for a reality TV show. Sure, their actions are questionable, but that doesn't take away from how pretty they are or how much swag they have. I wouldn't admit it to most people, but a lot of the time I've found the villainous confidence to be attractive. Judge me, but I'm sure I'm not the only one.

13. "I Hope She/He Goes On Bachelor In Paradise"

Unfortunately, not everyone can end up getting proposed to on The Bachelor or The Bachelorette. Thankfully, we have BIP as an opportunity to see some of the most memorable contestants again and a lot of the time these villains are just made for Bachelor in Paradise.

It's a beautiful thing to watch a show and realize that something you just witnessed is about to be an iconic meme or GIF. When one of those scenes happens, it's tough to wait a whole five minutes for someone to post a screen shot or GIF on Twitter, but thankfully, fans are pretty quick when it comes to putting these things together these days.

Sure, villains rub people the wrong way, but they're not automatically horrible people. A lot of them are just doing the most in their quest to find love, which can actually be seen as pretty admirable depending on your perspective. And it's just so sad seeing anyone get their heart broken or being hated on in public.

Sure, anyone with the "villain" label is not universally liked, but sometimes these people are so lovable. Maybe they're just speaking their mind in order to warn a friend or they have good intentions and their actions are just a little off, but there are plenty of Bachelor franchise villains that I absolutely love to watch and root for.

Let's be honest: The Bachelor franchise would be nothing without some bad guys in the mix. They've been providing balance, entertainment, and something to talk about for years — and probably will continue to for years to come.