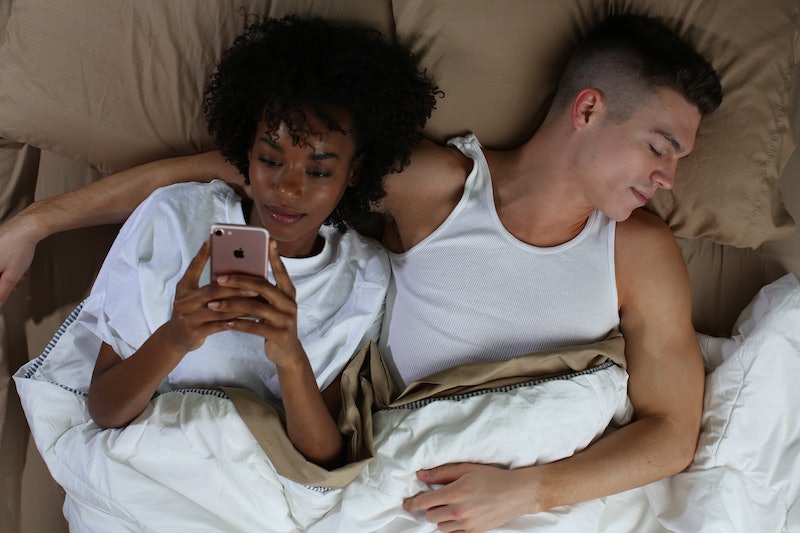 Toxic Masculinity is a buzzy phrase that has been thrown around a lot recently, but based on the way it's used, many people still don't fully understand what it actually means. It refers to a mental state that men can enter when they feel their masculinity has been threatened, which can be harmful to both themselves and others. The truth is, feeling emasculated is a very real experience for many men, which can cause them to feel truly insecure in a relationships. The sensation of emasculation is a social construct in which a man's strength and worthiness is judged against society's idea of what it means to be a man. Young men in particular, are exposed to clear cut social norms from a very early age, which can cause their self-esteem to decline.

"There is now a shift in our cultural norms as it relates to the role of men in relationships," psychotherapist and relationship expert Dr. Gary Brown tells Bustle. "There is a phenomenon of role reversals in education and working in the professions. While this is good for society in general, some men increasingly feel devalued because of this development. They feel that they are 'less than' say what their fathers were."

But while this shared experience is startling, it in no ways suggests that women should act differently in order to change their relationship. "How you feel about your identity as a man is influenced by your social conditioning growing up," Dr. Brown says. "As a society, we need to look at the growing problem of misandry, which not only hurts men, but is hurting women as well."

Here's what 18 men had to say about the times they have felt emasculated or insecure in a relationship, even over something silly.