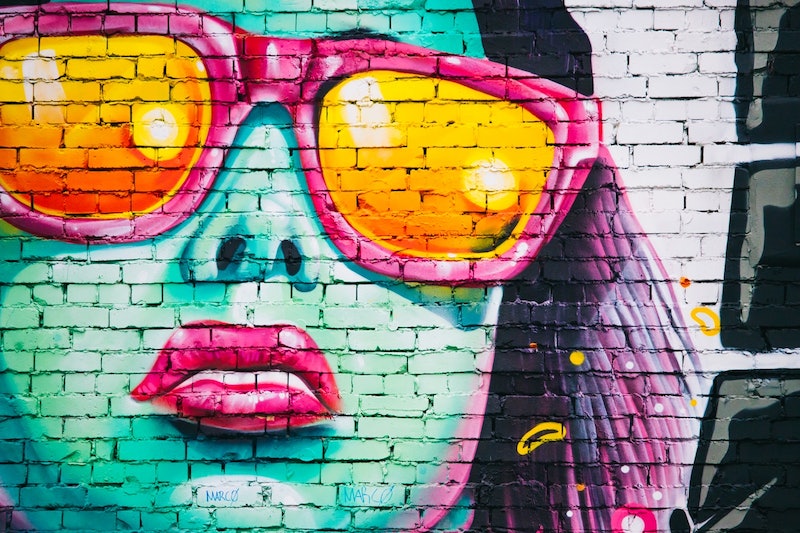 How many times have you heard someone say art or music saved their life? Probably quite a few. I know it saved mine. As these 18 quotes about the importance of art illustrate, artistic expression is a vital part of any thriving culture. But President Trump's plan to defund the National Endowment for the Arts, the National Endowment for the Humanities, the Institute of Museum and Library Services, and the Corporation for Public Broadcasting would strip communities across the country of their ability to access programs and services that foster and support artistic expression — and it's vital that we fight that budget plan for all we're worth. Without the arts, we lose our humanity.

Not surprisingly, Trump is the first president to call for ending the NEA, which was created in 1965 when President Lyndon B. Johnson signed legislation declaring that any advanced civilization must fully value the arts, the humanities, and cultural activity, according to the Daily Kos.

The $147.9 million budget cut, a ripple in the overall proposed 2018 federal budget, provides funding for thousands of arts groups in the United States. Quartz reports that since its inception, the NEA has funded opportunities for Americans to participate in the arts, providing the grants that help pay for art shows, musical productions, and after-school programs in every congressional district in the country.

Additionally, art also plays a key role in human development. According to Grantmakers in the Arts, "In study after study, arts participation and arts education have been associated with improved cognitive, social, and behavioral outcomes in individuals across the lifespan: in early childhood, in adolescence and young adulthood, and in later years."

And, the bottom line? Art and music make us feel better. Personally, I don't know what I would have done as a child and teenager without music, writing, and books. I began writing when I was 7. We lived across the street from the library, and growing up, I read several books a week. I worked at an Empire Records-style music store in high school, and the access to all of that amazing music kept me going through some dark days. If there had been no libraries, school arts and music programs, or community museums, would I have had any of these things to turn to?

A study published by the American Journal of Public Health found that creative engagement can decrease anxiety, stress, and mood disturbances. After all, there's a reason art, writing, and music is used in therapeutic modalities. These 18 quotes about the important of art illustrate why we need the arts now more than ever.

On requesting to maintain his $6,000 budget for Sesame Street:

"I’m very much concerned, as I know you are, about what’s being delivered to our children in this country. And I’ve worked in the field of child development for six years now, trying to understand the inner needs of children. We deal with such things as — as the inner drama of childhood. We don't have to bop somebody over the head to ... make drama on the screen."

"I got into an awful lot of trouble. I may have always been artistic but I lacked an outlet, something formal or constructive, so I became... destructive. Music saved my life. The voice you hear, the soul, the pain, is that of a person who deeply, deeply, deeply appreciates the opportunity they've been given. I've not always known myself completely, but I've grown up quite a bit now."

"I see things like they've never been seen before. Art is an accurate statement of the time in which it is made."

“I am happy to be alive as long as I can paint.”

“Music has always been a matter of energy to me, a question of fuel. Sentimental people call it inspiration, but what they really mean is fuel. I have always needed fuel. I am a serious consumer. On some nights I still believe that a car with the gas needle on empty can run about 50 more miles if you have the right music very loud on the radio.”

"I get strength from my art — all the paintings I own are powerful. As an artist myself, I know what it's like to put your heart and soul into something. You can feel the presence of another person."

"Without poets, without artists, men would soon weary of nature's monotony. The sublime idea men have of the universe would collapse with dizzying speed. The order which we find in nature, and which is only an effect of art, would at once vanish. Everything would break up in chaos. There would be no seasons, no civilization, no thought, no humanity; even life would give way, and the impotent void would reign everywhere."

"What is art but life upon the larger scale, the higher. When, graduating up in a spiral line of still expanding and ascending gyres, it pushes toward the intense significance of all things, hungry for the infinite?"

"It was my 16th birthday — my mom and dad gave me my Goya classical guitar that day. I sat down, wrote this song, and I just knew that that was the only thing I could ever really do — write songs and sing them to people."

"I am a walking piece of art every day, with my dreams and my ambitions forward at all times in an effort to inspire my fans to lead their life in that way."

“The arts and sciences, essential to the prosperity of the state and to the ornament of human life, have a primary claim to the encouragement of every lover of his country and mankind.”

"The creative arts are the measure and reflection of our civilization. They offer many children an opportunity to see life with a larger perspective... The moral values we treasure are reflected in the beauty and truth that is emotionally transmitted through the arts. The arts say something about us to future generations."

"How can we turn our back on an endeavor which increases our children's cultural intelligence, heightens individual sensitivity and deepens our collective sense of humanity? I suggest to you that we cannot."

“Music is about communication, creativity, and cooperation, and by studying music in schools, students have the opportunity to build on these skills, enrich their lives, and experience the world from a new perspective.”

“Art, freedom and creativity will change society faster than politics.”

"Jazz music is America's past and its potential, summed up and sanctified and accessible to anybody who learns to listen to, feel, and understand it. The music can connect us to our earlier selves and to our better selves-to-come. It can remind us of where we fit on the time line of human achievement, an ultimate value of art."