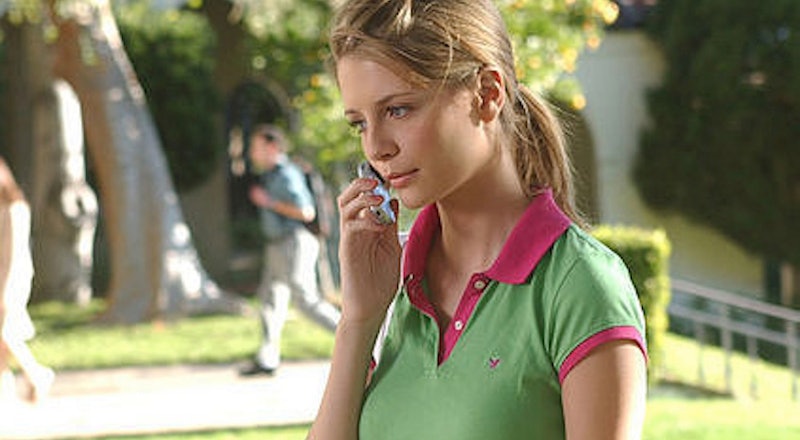 The O.C. was known for its fashion back in the early 2000s. Fans aspired to dress like Marissa Cooper or Summer Roberts, and those same fans probably wanted to dress like Blair Waldorf a few years later. But looking back at it now, some of the outfits from The O.C. have become so dated, it almost hurts to look at them.

Obviously, a show about teenagers in the early 2000s isn't going to be filled with timeless, classic pieces. As a hip, trendy show, they had to style the characters in hip, trendy outfits, which meant a lot of hip huggers and polos. Let's all cross our fingers that those trends never come back.

Some of the outfits in The O.C. have stood the test of time (well, maybe not the test of time, but the test of the last decade) and have managed to stay somewhat stylish, like Summer's crocheted bikini or Marissa's lace-up crop top, but others, like Marissa's bolero jackets and knee length skirts, have definitely not. If you're stumped at how you ever thought any of those items were truly stylish, worry not — it's almost guaranteed the youths of today will be regretting their unicorn hair and rainbow everything when they're in their 20s.

Here are 19 outfits from The O.C. that are incredibly outdated.

Maybe she was trying to look like Sailor Moon?

It's actually printed with The Clash, which makes it so much more ridiculous.

I can't believe we used to wear bangles like that. Omg.

Glad this trend is over.

What is the point of a bolero jacket? To keep only your shoulders warm?

Why was she so into bolero jackets?

Why so many layers? It's not even cold in the O.C.!

9. Everything About Summer Right Here

That hairstyle has seen better days.

I'm still recovering from all of the polos of the early 2000s.

Tube tops were a whole thing on their own, but this is extra 2000s with the black long sleeve tee underneath.

Bucket hats tried to make a comeback recently, but let's face it, these are about as dated as it gets.

Let's all agree we'd be pretty happy if these trends never make a comeback.

I hope it was one shirt that was supposed to look like two.

Why did she style this top with trousers?

Pleated denim skirts were all the rage back in the day, but boy do they look ancient now.

She's got the millennial pink shade down, at least!