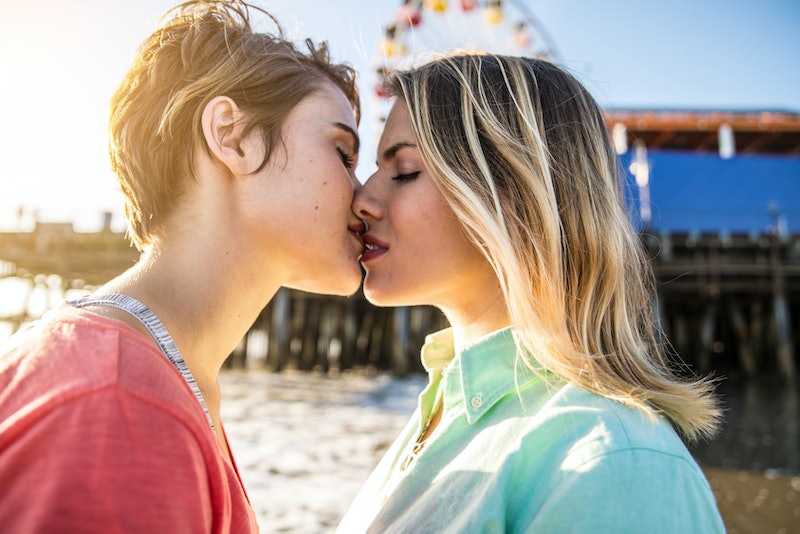 This past June, Tinder announced that, in celebration of pride month, the company would give one LGBTQ couple $100,000 to put towards their dream wedding. All couples had to do was share how Tinder played a part in their love story with the hashtag #TinderSuccessStory. Each couple's story was moving and heartfelt, showing a softer side to Tinder than is normally highlighted.

A few weeks ago Tinder announced the winner: recently engaged couple Ryan Holly and Logan Peters will get their dream wedding, courtesy of Tinder. Their story is truly moving, starting with Ryan giving Logan the courage to come out then, two years later, Logan asking Ryan's parents for their permission to marry him. It's a real love story and I can't wait to see where it goes next.

While the hashtag #TinderSuccessStory was originally intended for the Pride month contest, couples of all sexual orientations have been embracing it as a way to showcase the love the dating app brought them. Read on for some of the best #TinderSuccessStory tweets that prove that there's more than "hey, how's it going?" messages, fishing profile pictures, and random hookups on dating apps.