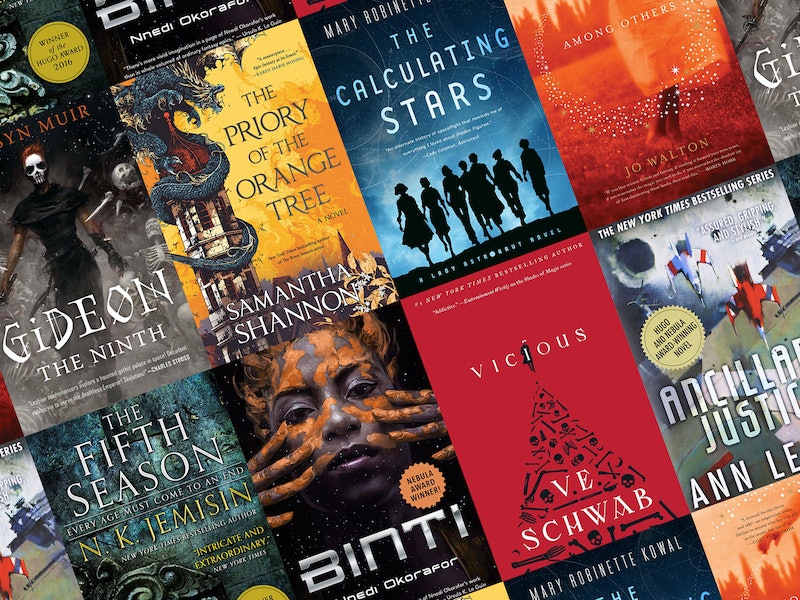 With the decade nearing its close, it's time to look back at the science fiction and fantasy books of the 2010s that you definitely shouldn't miss. I've picked out 20 amazing titles from the last 10 years for you to enjoy, and any of them will set the perfect tone for moving ahead into the 2020s.

The 2010s have given us plenty of landmark sci-fi and fantasy novels, from Ernest Cline's Ready Player One to Marlon James' Black Leopard, Red Wolf. The decade brought us N.K. Jemisin's Broken Earth Trilogy, which, after making Jemisin the first black woman to win a Hugo Award for Best Novel, also made her the first to win the award three years running.

The 2010s were also the source of major frustration for some sci-fi and fantasy fans. George R.R. Martin's A Dance with Dragons was the only addition to his A Song of Ice and Fire series, and Patrick Rothfuss' The Wise Man's Fear continued, but did not complete, his Kingkiller Chronicle. Both authors are currently at work on the follow-ups to their 2011 releases — Martin on The Winds of Winter and Rothfuss on The Doors of Stone.

The 20 books on the list below are ready for you to dive into some fantastic sci-fi and fantasy stories:

More like this
Prince Harry Incorrectly Recites Christina Aguilera’s “Genie In A Bottle” Lyrics
By Jake Viswanath
Cruz Beckham Teased New Music With An Adorable Nod To Mom Victoria Beckham
By Stephanie Topacio Long
Hilary Duff Is “Optimistic” About A 'Lizzie McGuire' Reboot
By Alyssa Lapid
This 'Gossip Girl' Wardrobe Error Has Gone Viral On TikTok
By Alyssa Lapid
Get Even More From Bustle — Sign Up For The Newsletter
From hair trends to relationship advice, our daily newsletter has everything you need to sound like a person who’s on TikTok, even if you aren’t.