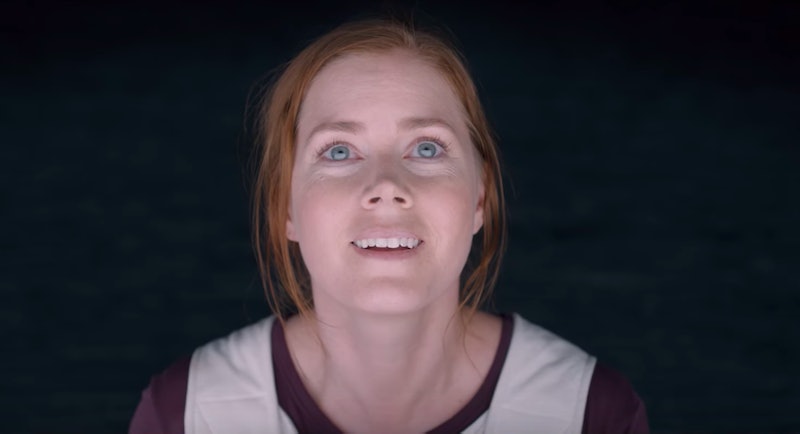 The Golden Globes are just around the corner, which can only mean one thing: Oscar season is coming up. The 2017 Academy Awards nominations won't be announced until Jan. 24, with the golden statues being handed out at the ceremony in February. Until then, however, it is my right as a movie lover to make all the Oscar predictions I damn well please. And so, I'm starting with one of my absolute favorite categories: my Best Actress Oscar predictions for 2017.

Female actors are killing the Hollywood game left and right. Narrowing down all of 2016's female performances to five Best Actress nominees seems cruel, but, alas, every year it must be done. What makes the Oscars so tricky is that they only have one Best Actress in a Leading Role category, unlike the Golden Globes which has two — one for drama and one for comedy. So, one can't simply look at the 2017 Golden Globe nominations to make Oscar predictions. Instead, you have to look at the whole picture, including Oscar buzz, name recognition, Best Picture front-runners, etc. (To be clear, simply naming the five best performances of the year is not making an Oscar prediction.) Considering all these factors, these are the five actors I predict will be nominated for a 2017 Oscar for Best Actress in a Leading Role.

Could 2017 finally be the year Bening gets her Oscar? She has been nominated four times since receiving her first Academy Award nomination in 1991 for her supporting role in The Grifters (1990), and is enjoying her seventh Golden Globe nomination for her role in 20th Century Women. Bening is a highly respected Hollywood actor, with a body of work that is certainly deserving of the award. And her performance as a single mother struggling to raise a teenage son in 1979 in 20th Century Women could be just what she needs to finally walk away with the elusive Oscar.

Amy Adams, like Bening, has been nominated by the Academy multiple times — five, to be exact — and never won. But, in Arrival, Adams delivers some of her best work yet. The only thing standing between her and an Oscar nomination this year could be buzz and the timing of Arrival, which was released in early November, long before La La Land and 20th Century Women swooped into theaters and into the minds of viewers. (On a personal note, I'm pulling for Adams to finally take home the Oscar she so greatly deserves this year.)

Portman has drawn rave reviews for her performance in the non-traditional biopic, Jackie. She's as much guaranteed a spot on the 2017 Oscar nominee call sheet as any of the women listed here — which is to say, her nomination is basically a sure thing. If nominated, it would be Portman's third Oscar nomination, and her first since she won the Academy Award for her performance in Black Swan in 2011.

It's looking more and more likely that Huppert will be one of the few actors ever to earn an Oscar nod for their performances in a foreign film. In Elle, a French film, Huppert plays a woman who survives a brutal rape in her own home and turns the tables to get revenge on her rapist. Huppert has had a long and illustrious career in Europe, and with a Golden Globe nomination under her belt, she's looking pretty unstoppable in this year's Oscar race.

Emma Stone is expected to take a spot in the Oscar's Best Actress in a Leading Role category this year for her performance in La La Land. Stone, who was previously nominated for her supporting role in Birdman, is not only an audience favorite, she had the good fortune of starring in one of the year's most highly anticipated films. La La Land is exactly the kind of movie Academy members love voting for, and Stone is a star everyone can get behind.

Ruth Negga, who turned heads with her performance in Loving, is probably the most likely to knock one of the actors above off the list of Oscar nominees come late January. Loving is a very quiet Oscar contender this year, but Negga's understated performance could end up overpowering Stone, Portman, or Adams when all the votes are counted. Even if she doesn't make the final cut, as a close Best Actress Oscar contender, she's in good company — Meryl Streep is likely to come close with her performance in Florence Foster Jenkins.

It's anyone's game until Oscar nominations are announced on Jan. 24, but I'd say the Best Actress in a Leading Role nominations are pretty locked up. Good luck, you fierce, fabulous ladies.